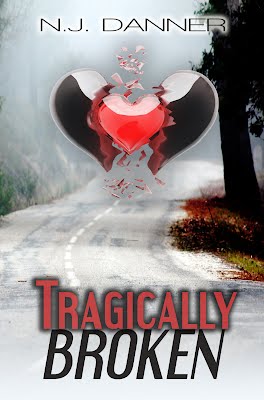 Tragedy destroyed Alex Kohen’s life, until fate offered her a chance to escape her nightmares and possibly find love…
Beautiful, compassionate Dr. Alex Kohen had the perfect life – until, in an instant, it was tragically ripped from her. Plagued by her demons, Alex moves to a new city and devotes herself to her work and her patients. But her secrets continue to haunt her, making her afraid to build a future outside of her career. Convinced that her heart is irreparably broken, Alex has closed herself off to the possibility of love.
That is, until she meets sexy, confident Kellen Rhion ­– a wealthy CEO with a reputation as the ultimate playboy. Kellen, plagued by personal tragedies of his own, knows from the moment they meet that Alex is the woman he wants. And with patient determination, he slowly begins to break down her long-fortified defenses.
Although they meet under tragic circumstances, out of that catastrophe is born a connection that neither can deny. And despite the challenges of their demanding and busy careers, Alex and Kellen find the time to nurture their growing relationship. They struggle through obstacle after obstacle, including Kellen’s celebrity lifestyle and Alex’s emotional baggage.
But after Kellen’s supposed betrayal and brush with death, can Alex really trust him with her heart? And can Kellen accept that she will always, in a way, be broken?

“Dance with me?” Kellen extended his hand.
“Seriously? To this? I can’t Irish dance.” She shook her head.
Ignoring her protests, Kellen stood and pulled her into his arms. They seemed to fit perfectly together, her nestling easily just below his chin. He guided her through the complicated moves, twirling her expertly. Alex was pleasantly surprised to find that Kellen was quite obviously a practiced dancer. No longer able to contain the happiness that had been building throughout the day, she started laughing – a real laugh, something she had not done in a long time.
Kellen pulled her close with a sparkle in his eyes. In the privacy of the balcony, there was only one thing he could do at that moment; he leaned in and softly pressed his lips to hers. With the alcohol buzzing through her system, Alex couldn’t think clearly enough to push him away, and truthfully, she didn’t know if she could have done so even with complete control of her faculties. He was an amazing kisser, and Alex’s breasts soon grew heavy with arousal, waves of heat shooting to her lower belly. His tongue softly caressed her lips, but she felt it in her most private parts. A moan escaped her, and Kellen’s onslaught became more aggressive. His hands gripped her small waist as if he feared she was an illusion.
Alex reached up to touch his tousled hair, as she had been yearning to do all night. It was as soft as she had imagined, like silk, and Kellen released an involuntary gasp of pleasure as she threaded her fingers through it. She could feel his hard length against her and leaned into it, craving the pleasure he could bring her.
Kellen ran his long fingers down the side of Alex’s face, her neck, her collarbone. When he reached her breasts, she froze. No one had touched her this way in years, and though she desperately wanted to continue, she knew she needed to stop. As gently as she could, she stepped back, resisting further advances. Understanding her intent, Kellen pulled her into an embrace; she rested her head on his chest, inhaling his scent.
After a moment, she pulled back far enough to look up at him. “I’m sorry, Kellen. This has been an amazing night, but I have to go. I have to work tomorrow. Thank you for dinner and…well…thank you.”
Kellen took her hand. “Let me see you home.”
“That’s really not necessary.” Alex, who had been living alone in the city for four years, was more than capable of getting home by herself.
“My grandmother raised me well, and she would roll over in her grave if I didn’t make sure you got home safely.” Kellen smiled, knowing she wouldn’t resist when he put it that way.


If you have already read my book, then you have already seen into part of my soul. Each of my characters is a part of me. They each have some aspect of my personality, or represent who I wish I could be or would hate to be.

I have always been an avid reader, even as a child, and I’ve always loved to get lost in a good book. Reading a book would take over my life, and at times it still does. It is my addiction. Once I start a book, I cannot put it down until I know the end of the story … which may be a few books later. Same thing with writing – once the story pops into my head, I obsess about it until I have it down on paper. I have notes on scenes all over. Some have already been developed into a book, and some are waiting for the rest of the storyline to be written in order to find their journey and see where it ends.

For a decade, or more, I had to put all that creativity on hold while I dedicated my life to my professional career and creating my family. I have been blessed with a wonderful husband and two angelic children.  Supporting and nurturing them is now my number one priority.

Once my life reached a stable point, I was finally able to find time to rekindle my love of books. Twilight took me by storm, which then catapulted me to Fifty Shades of Grey. “It all started with a vampire who was replaced by a man with a whip.” Reading tales written by my favorite authors reignited my own creativity, my mind wandered into stories of my own, and now, amazingly, I am an author.

When my time is not consumed watching my daughter dance or my son play hockey, spending time with my husband, or working, I am lost in either reading a good book or writing. Disney World is my respite and I love all things Mickey. My family and friends are incredible people and support me in all that I do. I have learned that life is too short, and we have to take time to enjoy its simple pleasures.