School’s over, and Hunter McCoy has a request of his newly-found dad. He wants to work for Citadel Security for the summer. With Jack Crismon as a grandfather, he’s decided he might want to look at criminal justice instead of a law degree, and getting a little hands-on experience is the only way he’ll know what he should do. But the benign job Steve gives him as a bodyguard for an old business contact, Burton Calvert, turns out to be a horrible mistake when it’s discovered that the guy is in cahoots with the infamous criminal Crismon. Worse yet, Calvert keeps a stable of barely-legal young men captive for use by his business associates. He couldn’t have known that Hunter was gay. No one did. And to Hunter’s horror, one of the slaves the criminal offers to his accomplices is the young McCoy’s dream come true. They fall helplessly and hopelessly in love, only to find that things are much worse than they first appeared and everyone’s lives are in danger. It only takes one massacre for Hunter to know he has to do something drastic. But what? As things deteriorate, danger gets ever closer until one fateful night when everything is on the line. It could all go up in smoke with one big bang, and the only ally Hunter can rely on is an enemy. It’s time to trust someone. All Hunter can do is hope that when he makes the choice between the devil and the deep blue sea, he chooses wisely. Otherwise, everyone will die. The second book in the Legacy series and the tenth in the Love Under Construction saga, A Legacy of Freedom is Hunter’s story, a story of imprisonment, sometimes at our own hands, and the courage it takes to break free. Sometimes, the worst prison we can inhabit is the one we make for ourselves.

International Bestselling Author Deanndra Hall lives in far western Kentucky with her husband of 30+ years and three crazy little dogs. She spent years writing advertising copy, marketing materials, educational texts, and business correspondence, and designing business forms and doing graphics design. After reading a very popular erotic romance book, her partner said, “You can write better than this!” She decided to try her hand at a novel. In the process, she fell in love with her funny, smart, loving, sexy characters and the things they got into, and the novel became the Love Under Construction series.
Deanndra enjoys all kinds of music, kayaking, working out at the local gym, reading, and spending time with friends and family. And chocolate’s always high on her list of favorite things! 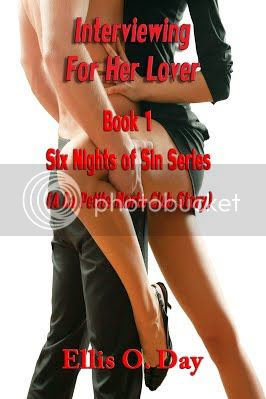 Sarah wants a lover, but she wants one on her terms.  She doesn’t have time to date and picking a guy up at a bar is not only dangerous but it doesn’t guarantee he’ll let her act out her fantasies.  Then she hears about La Petite Morte Club—a place for willing males and females to meet with rules and contracts so that all parties leave satisfied.

She signs up with the club and starts the process of finding the man who’ll be her lover for six nights.  Six nights of fantasy—his and hers. Six nights of sex and then they’re done.  Simple, uncomplicated and fun, but she doesn’t count on Nick’s ability to make her desire everything he has to offer and more.

I really liked Sarah's story and how she wanted to be in control, yet ultimately let go of the control with Nick. This in no way means that she was weak, quite the contrary. She was a great strong female lead.

Nick, wow, he is hot hot hot! That really came through the pages for me.

I liked the way this book was a quick read and really kept me flipping the pages to the very end.

Ellis O. Day grew up with her nose buried in books and now enjoys writing the kind of stories she loves to read.  Romance—the steamier the better—as long as there’s love in the heart (and plot).

Seventeen year old Grace Delaney has been building up the courage to tell her best friend Aaron Wheeler that she is in love with him, but before she has a chance to, he is killed. She swears to never love again, until Chase Ryder walks into her life-a notorious bad boy from her home town. Everyone knows that Chase has spent time in juvi, but no-one knows why. Grace is determined to stay away from him, but Aaron's ghost keeps appearing and keeps telling her to move on. When Grace finds out that Chase, like her, had a damaged childhood, she finally understands why he pushes people away. She decides to try to break down those walls he has built around himself and show him that he is worthy of love. Grace is hiding a secret of her own about a life she lived before she met Chase. She tries to hide her past from him, but that secret is exposed. They learn to trust each other and fall in love--but then Grace finds out the truth about what really happened the night Chase’s father died. If Grace can't learn to accept all of Chase, including his past, she risks losing her second love, too

TJ Rudolph is a financial administrator from Cape Town, South Africa-a beautiful Town placed between the mountain and the sea. She started writing at the age of twelve and has recently taken to writing romance novels. If you don’t find her stuck behind a computer. You will probably find her writing music and playing her guitar... She spends most of her time reading, watching TV series, listening to music or spending time with her kids and husband. She loves all things colorful and is a hopeless romantic in principle. 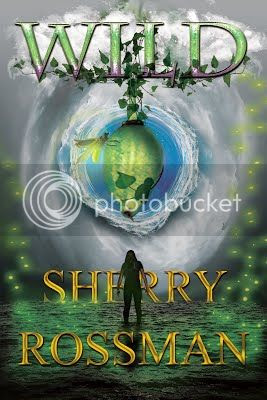 “Do you still love me as you did?” His arms come around me, pulling me against him, and I see it on the horizon before us—the world—what will it do to us?

After escaping Titus, Monet and Luke join the rebels living on the fringe. The Colony is a haven for the artists and God-seekers who survived The Chasm, but as Monet soon discovers, freedom across the boundaries is interwoven with darkness. The wounds from their city run deep, bringing Monet and Luke to question their bond. When a cataclysmic event threatens their existence, they must step into the unknown with an old enemy, and work together to survive.

I really enjoyed WAKE, and I was super excited to start this next installment.
I think Sherry Rossman did a great job of picking up with the last novel left off and keeping things fresh and fun throughout.
There is a lot of action and the characters are even more fun to read about in this one.

I think that Sherry Rossman has shown great growth in her characters. This installment was even more and more captivating and thrilling. The pacing is always spot on, but this one just blew me away. I loved the writing style and flow of the novel, very easy to follow. 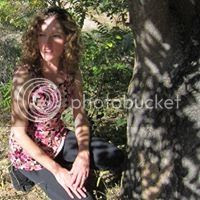 I started writing after I realized putting my Back-Up Plan first was a bad idea. Advice for dreamers: go for your Dream first, but don’t make a Back-Up Plan, just be open to a bill-paying job that you like while pursuing your dream. And then, chase that dream with everything that’s in you.

I have short stories published in online publications such as, The Wordsmith Journal Magazine and The Relevant Christian Magazine. The Water Man earned a spot in Mythic Orbits 2016: Best Speculative Fiction by Christian Authors. I added that for those who want to know whether or not I’m a serious writer. I am. But what’s most important is that I love to bring readers stories that are more than just formulas. I offer you splattered canvases. 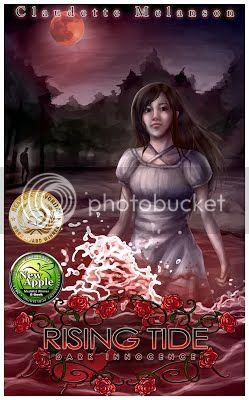 Chosen as one of 400 for the second round of the Amazon Breakthrough Novel Award for 2014!!!
Rising Tide will sink its fangs into you, keeping you awake into the wee hours of the night

Could Maura's life get any worse? ...turns out it most certainly can.

Isolated and sheltered by her lonely mother, Maura's never been able to make friends. She seems to drive her classmates away—except for the odd times they pay enough attention to torture her—but she doesn’t understand why. Maura considers herself to be a freak of nature, with her unusually pale skin and an aversion to the sun that renders her violently nauseous. Her belief is only worsened by the fact that almost everyone around her keeps their distance.

Even her own father deserted her before she was born, leaving Maura alone with her emotionally distant mother, Caelyn. Even though Maura is desperate for answers about her unknown parent, Caelyn remains heartbroken and her daughter can’t bring herself to reopen her mother’s wounds. Or is there a more sinister reason Caelyn refuses to utter a word about her long-lost love?

When a cruel prank nearly claims Maura’s life, one of her classmates, Ron, rushes to her rescue. Darkly handsome & mysteriously accepting, Ron doesn’t seem to want to stay away, but Maura is reluctant to get too close, since her mother has announced she’s moving the two of them to Vancouver…nearly 3,000 miles away from their hometown of Indiana, Pennsylvania.

If life wasn’t already challenging enough, Maura begins to experience bizarre, physical changes her mother seems hell bent on ignoring, compelling Maura to fear for her own life. Vicious nightmares, blood cravings, failing health and the heart-shattering loss of Ron—as well as the discovery of a tangled web of her own mother's lies—become obstacles in Maura's desperate quest for the unfathomable truth she was never prepared to uncover.

Claudette Melanson writes dark fantasy in Kitchener, Ontario with four bun babies: Tegan, Pepper, Butters & Beckett. She graduated from Indiana University of Pennsylvania with a BA in English, BS in English Education and an MA in Literature. Harboring a deep admiration of vampires since the age of five left her with the desire to eventually become one, and now fuels the creation of her favorite paranormal characters. She hopes to one day work full time as an author, since there are many, many stories playing out inside her head.

In her very scant spare time, she enjoys watching Japanese Anime and reading vampire stories...along with other genres of great fiction, as well as riding every roller coaster she encounters in both her hometown and away at signings. An advocate for good health and ketogenic eating, her favorite foods are bulletproof coffee, cashew-flour crust pizza and treats made with xylitol and almond, coconut or cashew flours.

Future dreams include a cabin boasting a roaring fire, isolated inside a snow-filled wood in the Yukon—the perfect writing spot—and the completion of dozens of future novels and stories. A Rabbit Rescue fanatic and loving bunmom, she also hopes to help rescues all over the world save many innocent lives.