Release Day: Tales of the Winter Wolf by @rj_blain #excerpt 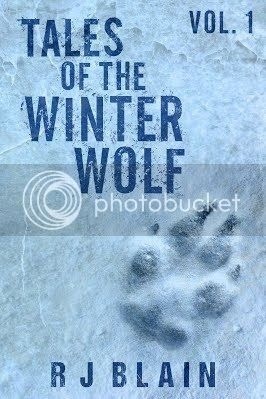 Long before Nicolina Desmond manifested her powers as a wizard, she was a Normal girl with extraordinary circumstances. In order to prove herself and escape her father’s chokehold on her life, she’s determined to get on the fast track towards an independent life.
However, she never anticipated how meeting Richard Murphy would change her life…

Tales of the Winter Wolf follows the adventures of Nicole and Richard, predominant characters from Witch & Wolf #2, Winter Wolf. Spoilers for the novel are contained within!

Volume One contains the following stories:

Hunted
Nicolina Desmond should have known that her twin’s overly friendly behavior with the eligible Fenerec males would land her in trouble, but she never expected how far young, single werewolves would go to secure a mate.

The Scent of Guilt
When Richard is invited to hunt Nicolina’s kidnappers with her father, he jumps at the chance. With Desmond lusting for blood and violence, Richard is forced to toe the line between mercy, justice, and revenge.

Firecracker
Charles Desmond’s influence isn’t enough to stop those who are determined to take Richard’s rank through force. With Nicolina Desmond out on the hunt to kill him once and for all, he’ll need a lot more than luck to survive his stay with the Desmonds.

Glitter
Richard Murphy has many sides, and Nicolina Desmond is dismayed to discover that he truly has the patience of a hunting wolf and his pranks are just as nefarious as hers. When the bodies of Fenerec turn up in her back yard, however, she might have to kill again, and her target is none other than Yellowknife’s injured Alpha.

Winter was the season of love, romance, and bonding for Fenerec, and I wanted nothing to do with it. In my gamble to escape, leaving my twin to fend off the wolves, I had graduated high school three years early, won early admittance into Stanford, and spent the vast majority of my time in California, far away from my Seattle home.

I had exams in a week, but that hadn’t been enough to deter my father.

It was bad enough having Fenerec parents, but for the next few days, all I had to look forward to was being toted around, put on display, and courted by every single werewolf looking to take advantage of my father’s influence. The werewolves couldn’t even handle the truth; calling them werewolves was a good way to stir their ire, and an angry werewolf had a tendency to hurt people, property, or, as the case often was, both. When they were hunting a mate, their volatile tendencies were doubly worse.

My sister, however, loved every moment of it. Lisa loved Seattle in the winter, with its heavy rain and occasional snowfall. She spent the rest of the year mourning her lost opportunities and lusting for the attention and thrill of being chased by testosterone-poisoned males hoping to win her affections and our father’s good graces.

I, on the other hand, knew better. I was the older sister; I should have been the one with a grip on things, but no. In the eyes of my family, I was the flake, the unreliable one, and the one too stubborn to give in and play the game their way. Attending Stanford at fifteen meant nothing to them, neither did my perfect GPA. I could be a doctor, a lawyer, or anything else I wanted, but that wasn’t good enough.

They wanted me to be the bride of a werewolf, and I wasn’t having it.

While Lisa dressed up when she knew they were coming, I dressed down. Before I had gone off to college, when ratty clothes and a surly temper didn’t work, I left for the city to spend the winter whenever possible, hopping from friend’s house to friend’s house until the werewolves left.

This year, things would be different. I put aside the ratty jeans and bulky sweater in favor of a black skirt and blazer with a pristine white shirt. I wore a silver charm bracelet with a single moonstone pendant, both an acknowledgment of my heritage and a mockery of it. The silver was old that even my father flinched away from it.

If a werewolf did decide to get frisky with me, I’d be more than happy to burn him. 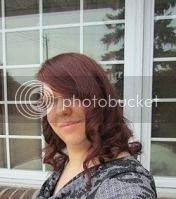 RJ Blain suffers from a Moleskine journal obsession, a pen fixation, and a terrible tendency to pun without warning.
When she isn't playing pretend, she likes to think she's a cartographer and a sumi-e painter. In reality, she herds cats and a husband, and obeys the commands of Tsu Dhi, the great warrior fish.
In her spare time, she daydreams about being a spy. Should that fail, her contingency plan involves tying her best of enemies to spinning wheels and quoting James Bond villains until she is satisfied.