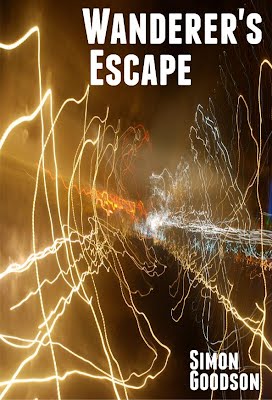 Jess was born a prisoner, grew up a prisoner and at sixteen knew he would die a prisoner. When his turn comes to try to break through the traps protecting a spaceship it seems his day to die has come. The ship, and others like it, have already claimed hundreds of prisoners' lives.

Instead he manages to avoid the traps and gain access to the ship with two other prisoners, beginning a frantic flight to freedom. Soon Jess finds himself loose in a brutal universe ruled by the Empire and riddled with pirates, slave traders and worse. Can Jess manage to learn the rules of the universe and the capabilities of the ship he has stolen in time to stay alive?

Jess is a character that while is lovable, is kind of frustrating at times. He is a bit naive in many situations, but his past and upbringing kind of made him that way. I think he is a solid character.


The plot is full of exciting twists along the way and quite easy to follow.

The world that Simon Goodson has created is vivid and fun to become absorbed in.

Simon Goodson is the author of the massively popular and highly rated Wanderer's Odyssey science fiction series which has been downloaded more than 80,000 times in just two years.  Simon has also written the exciting Dark Soul Silenced fantasy books.
His speculative fiction short stories cover science fiction, fantasy and other styles. Several are freely available from www.simongoodson.com, while many more are available in the collection 'Last Sunrise & Other Stories'.
Simon fits in writing around a full time job as an IT Consultant and a hectic family life looking after his son and two daughters. He squeezes in writing during lunchtimes and while commuting on the train.

a Rafflecopter giveaway
Posted by R.K. Emery at 10:55 AM