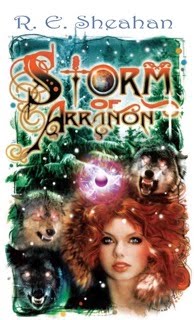 YA Science Fiction/Fantasy
Date Published:  Re-release July 9, 2016, the book has been out since February 2013
Publisher: Rule of Three Press

A brutal alien society invades Korin and Arranon, intent on destroying the two worlds that make up Cadet Erynn Yager's home. Forced to expose her strange abilities and reveal her forbidden birth, a guarded web of secrets unravels.
Stranded on an unfamiliar planet of eternal winter and predatory wildlife, the mysterious living consciousness of Arranon intervenes, leading Erynn on a mystical journey.
Aware of Erynn's potential, the alien enemy pursues her. She struggles to gain control of her growing powers while in a constant race to elude the invaders, and join the forces preparing to fight a mounting occupation.
Erynn’s secret may be her worlds' only hope, but at the cost of her life. Swept up in a chain reaction of events, Erynn's dedication extends far beyond service and duty. She learns the true meaning of sacrifice.
Along with courage and hope, Erynn finds something unexpected on her journey of awareness and growth.
Love.

I felt that the plot was a good one, but the flow of it seemed a bit rushed at times. I found myself trying to keep up.

These characters each have their own personalities and depth to them. None of them felt one-dimensional or forced, they all shined through as individuals.

Once I was in this novel I was immersed for sure. 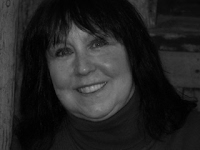 I have always been a reader. I’d come home from grade school with stacks of books every week, and during the summer, I’d get my fix from the library. I love books. Later, while working every day outside at the ranch, I’d listen to audio books on cassette with one of those Sportswalk players I’d hook to my belt. I could go through three or four books a week.
I started writing while working as a Paramedic/Firefighter in Northern California.
Trust me, it’s not always like it appears on TV. There was plenty of time for reading.
Writing got serious for me when I moved to my ranch in Oregon. While waiting for lambs to be born in the middle of the night, I would head back to the house for an hour or two and sit down at the computer. Before I knew it, I had a manuscript. One hundred and twenty-two thousand words that desperately needed help, but it was a start.
The characters demanded their story be told, so I joined critique groups and attended writer's conferences. I was on the fast track to learning what I needed to know to write well, and tell, show, an engaging story.
In 2013, I received an honorable mention in Writer’s Digest’s Self Published book awards for MG/YA, so I guess I had learned something! BTW, I’m still learning.
Ideas from dreams follow me into warm sunny days or the quiet of falling snow. “What ifs” feed a vivid imagination. Even mistyped phrases may lead to an "aha" moment. Brain storming sessions standing in dark, windy parking lots with fellow writers release thoughts that pry at the corners of my mind, grasping for purchase. Sometimes the ideas pursue me, with persistence.