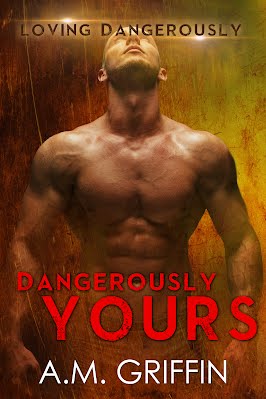 Kane Epps divides his life into two distinct parts—before the alien invasion and after. Before the invasion, he had a pregnant wife and a high-powered job. After the invasion, he’s left with only himself and his hatred for all things alien. He channels his bitterness by captaining a vessel of renegade humans—space pirates who don’t think twice about taking what they need.
Princess Sa’Mya is on the run. She and a few trusted advisers fled her home planet only to be captured by the sexy, dangerous Captain Epps. He claims to hate aliens but can’t seem to resist touching her or kissing her…everywhere. As Kane introduces Sa’Mya to ever-increasing, unimaginable realms of pleasure, the princess becomes determined to earn his trust. She’s used to getting what she wants. And this time, what she wants is Kane Epps.

Publisher’s Note: This story was previously published by Ellora’s Case under the title Dangerously Yours and has been revised for re-publish by the Author.

An explosive  Sci-Fi novel. AM Griffin manages to draw readers into her world and captivate us with her writing and characters. I think my main praise for Griffin would be her ability to use vivid descriptions to make the reader feel like they are in the world with the characters.

A smooth plot that keeps readers engaged throughout really rounds out the writing for me.

I enjoyed the balance of the Sci-Fi and Romance. I felt like there was enough romance and even humor to cut through the action and conflict.

Wonderfully paced and Multi Dimensional characters really set this novel up for success.

A. M. Griffin is a wife who rarely cooks, mother of three, dog owner (and sometimes dog owned), a daughter, sister, aunt and friend. She’s a hard worker whose two favorite outlets are reading and writing. She enjoys reading everything from mystery novels to historical romances and of course fantasy romance. She is a believer in the unbelievable, open to all possibilities from mermaids in our oceans and seas, angels in the skies and intelligent life forms in distant galaxies.

a Rafflecopter giveaway
Posted by R.K. Emery at 8:16 AM