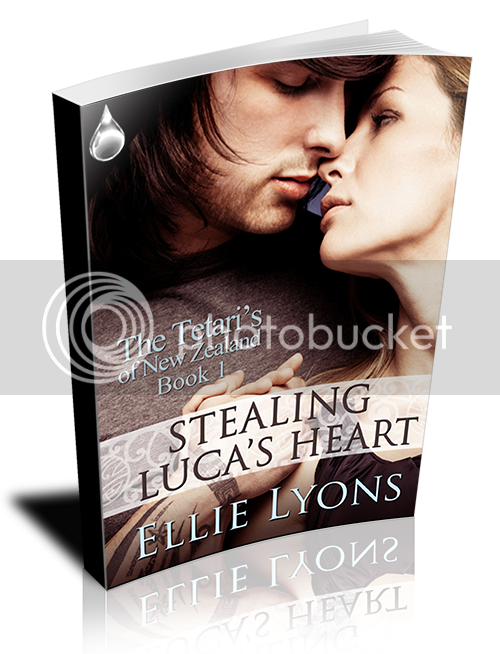 Just what is going on at the Tetari farm in New Zealand? First her father is injured in a suspicious hunting accident, now someone is after the Tetari family and their land. With the help of charismatic businessman and eldest son, Luca Tetari, Ally Edwards is determined to get to the bottom of the mystery. As passion flares and love blooms, Ally and Luca search for the answers in Ellie Lyons’ romantic suspense novel, Stealing Luca’s Heart, Book 1 of her new, contemporary series.

When Ally Edwards’ father, Cal, is injured in a suspicious hunting accident in New Zealand, she takes leave from her job as a University of Iowa economics instructor to rush down to be at her father’s bedside. When she arrives, she finds herself hosted by her father’s friends, the Tetari family, who welcome her into their home.

Luca Tetari, the eldest son, is not only a businessman in the family corporation, but also the team captain of the All Blacks, New Zealand’s national rugby team. Luca is the consummate player, skillful on the pitch and off, indulging his fans and beguiling everyone around him. But as she gets to know him, Ally discovers that Luca is far deeper as a person than his surface charm would indicate, and soon she finds herself falling in love.

But while Ally and Luca are realizing their new affections, the Tetari family and their land are under attack by unknown assailants. With a new “green” energy project in development, who is trying to take over their property, and how? Does this have anything to do with Cal’s injury? After all, if someone has hurt one person, mightn’t that same individual be willing to injure—or even kill—additional people to achieve his or her goals?