Blog Tour: Your Heart to Keep by @AmandaMacey43 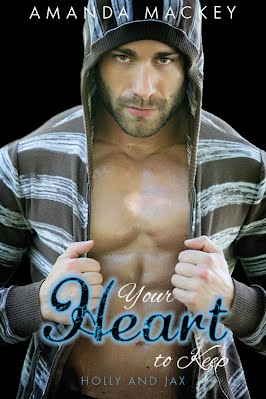 We don’t choose fate. It chooses us. Or so we are led to believe.

Holly Jenkins is about to receive a new heart, thanks to a donor match from accident victim, Chloe McQuade.
The victim’s boyfriend, Bad boy Jax, is angry and grieving for his lost love. He hates everything and everyone, including Holly. It isn’t until he meets her that he realizes there is something about her he can’t explain.
Could it be the beating heart of his dead girlfriend - the very one he owned, that calls to him?
Is the intense pull towards Jax coming from Holly’s own emotions or are they Chloe’s? And why is she suddenly craving things she never did before?
How do they decide what’s real and what’s not?

Is fate at play or is it something more?

He stopped. His shadow loomed over me. I knew he was taking me in. No one said anything but I could see Ty and Micah move in closer as if to stop Jax from doing something stupid.

“You!” His low, tight voice greeted me and I stifled a whimper at his nearness as his breath touched the side of my face causing me to close my eyes and let it wash over me. What was wrong with me?

Turning my head and raising my eyes to the outline of his face, all I could hear was his heavy breathing. At that very second I wanted nothing more than to have full vision. To look into his eyes and see the storm I knew would be brewing. I sensed the distaste rolling off him, swirling around me but it didn’t matter. I didn’t care. Even with the front door open, his large body shot waves of heat through me as if I was standing beside the burning flames of hell.

We stood like that for an eternal minute before he sucked in a breath and on an exhale he growled, “I can’t fucking do this!” And then all the heat evaporated as he disappeared out the front door again. I forced my feet to stand still and not go after him. 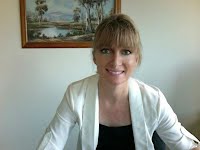 I was born in NZ and raised in Australia where I’ve been living most of my life. My love of books came at an early age, introduced to me by my wonderful mother. I’ve always been an avid reader and writing became an extension of that. My favorite genres are paranormal, romance, erotica and some crime. I adore animals and I’m currently sponsoring a Malaysian Tiger through WWF. Cats in general, whether they be small house cats or larger wild tigers and lions are my favorites. I’d love to travel to Italy and Europe as well as Africa, Tibet and Nepal.
Website
Facebook
Twitter
Blog