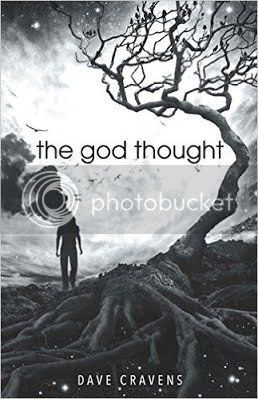 A MASSIVE EXPLOSION… levels a small town in Kansas and rips apart the commercial airliner flying overhead. The wife and child of Oliver Wells are among the thousands reported dead. Authorities blame the tragedy on an accident at a fertilizer plant not up to code. A year later, still grappling with his depression, Oliver is accosted by a mysterious stranger who offers another answer:

A FARMER CAUSED THE EXPLOSION.

AN EXPLOSION BORN OF THOUGHT.

A THOUGHT SO PERFECT AND DIVINE IT'S SAID TO MIRROR WHAT GOD THOUGHT TO CONCEIVE THE UNIVERSE.
Thrust into a hidden world of conspirators and luminaries who would do anything to attain the farmer's knowledge, Oliver finds himself in a race to confront the man who killed his family. To do so, he must test the limits of his sanity... AND UNLOCK THE POWER OF THE GOD THOUGHT FOR HIMSELF.

San Diego, CA.
May 4 – one year after the Bloomington Blast 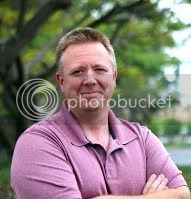 Dave Cravens has written, edited and directed for a wide range of entertainment media since 1992, including award winning video games, TV commercials, promotional trailers and documentaries. The God Thought is his first science fiction novel. Dave lives in Southern California with his wife and three children.