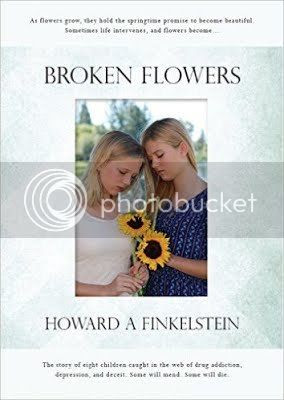 A dramatic psychological suspense/thriller about the devastating consequences of drug addiction, Broken Flowers is a powerful story about brokenness, healing, and hope.

Dr. Mary Crawford is a fifty-year-old psychotherapist operating a successful practice in Los Angeles. Noted for her addiction assistance and suicide prevention techniques, she leads group therapy sessions with addicts in the throes of recovery.

During one particular session, she is called upon for a case involving an extremely depressed fifteen-year-old girl who was the victim of a violent rape and has survived a suicide attempt. The daughter of a noted brain surgeon, the troubled teen becomes the doctor’s private patient.

But on a day when the young girl spirals into a suicidal depression, she is unable to reach the doctor and successfully ends her own life. When the girl’s father discovers the circumstances of his da
ughter’s suicide—as well as the real truth behind the doctor’s mysterious absence—he vows to destroy the doctor at all costs. Now Dr. Crawford’s life hangs in the balance, and her only hope for survival is the broken people around her.

Then Valarie handed the pipe and torch to Stu, who turned off the torch and put them down. The boys were watching Valarie, and were tripping out on the hit she had taken. Valarie held her breath for as long as she could. When she could not hold back anymore, she let the smoke out in a huge exhale. Jeff’s voice was filled with admiration as he told her, “That was one hell of a blast.” Suddenly, Valarie’s eyes went wide, and her body went absolutely stiff. A horrible sound was coming from her throat, like a constricted scream as she fell backwards. Even though this was happening in front of the two men, her fall was like she was thrown backward. They could not catch her, and she hit the floor hard.

Jeff dropped to one knee beside her as he was starting to panic. “My God, Stu she’s overdosed. What do we do?”

Stu was on the floor next to Jeff. “Don’t panic man, don’t panic.”

Jeff grabbed Valarie’s shoulders and shook her. Valarie’s legs were convulsing. There was drool coming from her mouth.

Stu was screaming in her ear. “Valarie, Valarie! Do you hear me; do you hear me dam it? Stu, go get some ice water. A lot of it. Hurry man!”

As Jeff ran out the door Stu continued to shake the girl.  Her legs stopped shaking and her eyes were starting to close.

Stu slapped Valarie sharply across the face. There was a slight reaction. Her legs started to twitch as Jeff came running into the room with two buckets of ice water.
“Quick, throw a bucket on her face.” Jeffery did so. The water drenched Valarie’s hair and shoulders. Her legs started to convulse again. 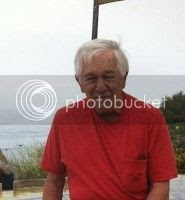 Howard Finkelstein is 77 years old, who lives with his wife and dog in South Pasadena. He is a master dog trainer, and ASCAP lyrist. He is a former drug addict who has not used drugs in 27 years. Broken Flowers is his first novel.