Blog Tour: The Lightening Round by Bruce Stuart with an #excerpt 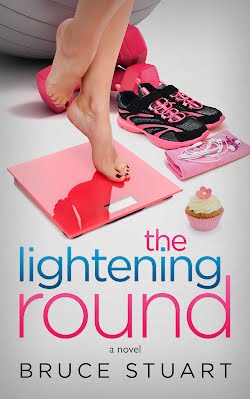 Did you ever wonder what it’s like to dare to fall in love with someone who literally isn’t on your level?

The Lightening Round is a fast-paced novel brimming with colorful characters, sinister plots of intrigue and revenge, and over-the-top antics.
Hannah More, a single mom with weight issues, assumes that her longtime boyfriend, Luke Havitt, is about to propose marriage to her. Instead, he proposes that in order for Hannah to take their relationship to the next level, that she needs to join a gym and to lose weight. Hannah soon finds herself entering the Ultimate Level, a highly controversial yet incredibly sought after San Francisco “fitness experience” known for not only having the latest in technology and fashion, but also segregating all of its members based solely on their weight and fitness levels.
This snappy novel ultimately questions whether true love can survive two individuals from different levels. Even if those levels are only found at a gym.

“Enter.” Dante spoke with a deep, commanding voice that could mobilize an entire army as the first of three doors located on the opposite ends of his operational headquarters at Ultimate Level swung open. His bunker-like chamber housed a large conference table and chairs, several work stations, and his personal desk. As was often the case, he was the only one occupying his headquarters.
“How can I help you, Tessa?” Dante addressed Tessa Everett, the head of Ultimate Level’s personal trainers.

Tessa pushed her flowing auburn hair away from her exotic face as she slowly entered Dante’s inner sanctuary. “I just wanted to talk about the new updates on our Personal Training Portal for the Reveal.” !!
“I hope you don’t mind, but I need to change for my workout.” Without the slightest hesitation, Dante began unbuttoning his crisp white oxford cloth shirt to expose the most magnificent male torso Tessa had ever seen. He watched her reviewing her notes and walked dangerously close to where she was standing. In a heartbeat, his lips were trailing down the back of Tessa’s neck.
“You know we shouldn’t be doing this. We work together—” Tessa folded her arms in front of herself in order to conceal her deep-cut workout top. She knew full well about the man standing next to her who possessed the face and physique of a Roman god and the sexual appetite of ten men.
Dante stepped back and purposely positioned himself within inches of where she was standing. “I never want you to feel uncomfortable.” He glanced toward the door from which she had entered and graciously extended his arm for her to leave if that was what she truly wanted.

Tessa let her arms fall to her sides and slowly cradled herself inside Dante’s massive arms. “It feels so safe inside your arms. Which is kind of funny since being inside your arms is probably the most dangerous place I could possibly be.” She pulled his arms open like the grips to a vise and walked toward the door. Just as it appeared she was about to leave, she suddenly turned around and pulled her sports top up over her head exposing her perfectly-formed breasts.

Dante slowly unzipped his form-fitted black pants which hugged his muscular legs. Tessa marveled at his manhood and cracked a half-smile. “You know, with an endowment like that, if you were a college, you’d sure as Hell would be Harvard.”
They used every flat surface and numerous rounded ones including an extra large polyvinyl chloride stability ball and two bosu balls to have sex inside Dante’s War Room. What Lucy relished about her partner was his eagerness to use his exceptionally strong and flexible body to pleasure her. He was by far the most skilled lover she had ever been with in her life.
Tessa could barely catch her breath as she tried valiantly to keep up with Dante’s insatiable sexual appetite. “That was amazing.”!
“Does this mean you’re going to give me that complimentary training session, after all?” He broke into a hearty laugh catching Tessa by surprise.
“With a body like that, I don’t think anyone can give you training you don’t already have.” She smiled as she looked at his naked body. 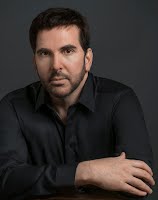