Blog Tour: An Affair With Destiny by @RobinStorey1 #review 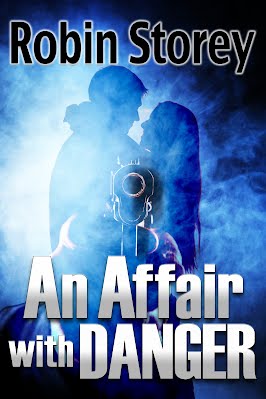 
Two minutes.
That’s all it takes for corporate lawyer Will McPherson to be held up in an armed robbery and for his life to change in ways he’d never dreamed of.
When Will goes to court to give evidence, he meets the perpetrator’s girlfriend Frankie Slater and is instantly smitten.  But feisty, straight-talking Frankie has her own problems, not least of which is her violent boyfriend Eddie.
When Eddie finds out about their liaison, it puts both their lives in danger, and their love becomes a matter of life or death.

Dark themes and a lot of suspense but very well executed.

There are plenty of twists along the way that will keep the reader on their toes.

This was a quick read. I flipped through the pages vigorously.

Robin Storey is an indie author who lives on the picturesque Sunshine Coast in Queensland, Australia. Her three previous books are How Not To Commit Murder, Perfect Sex and Comedy Shorts. An Affair With Danger, a romantic suspense novella, is a departure from her usual comedy writing style, but the characters were creating a commotion in her head and refused to go away until she’d put them in a book.
Robin is a certified book nerd and also enjoys chilling out at the beach and hiking. She is preparing to undertake the Camino Frances pilgrimage in September this year – plenty of time for mulling over new plots. She is working on her next novel, a romantic comedy.