Blog Tour: Choices by @AuthorMichelleL with my #review 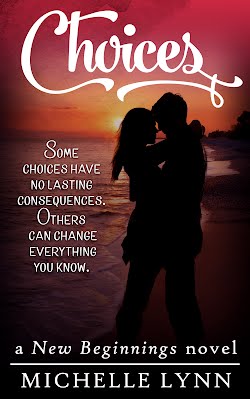 Everyone makes lots of little decisions from the moment they wake up until they sink back into sleep at night. Decisions that have no consequences or expectations. But, what about the rare choices that could change everything? How do you know what is right for you?

Happiness is something you have to choose again and again, each day.

Michaela Matthews wants that more than anything. Standing in her way is a family pushing her down a specific path and the man she loves preventing her from choosing anything different. When she moves to the city for the next step in her parent’s plan, she starts to figure out what she wants - or more importantly, what she doesn’t want. She thinks she has to leave her old life behind to discover a new one. This throws every choice she has made into question. It isn’t until tragedy strikes that she learns that sometimes there is no choice at all. Sometimes you can have it all.

Jason Marks has had the kind of life where things have seemed to just happen to him, no choice involved at all. It’s a struggle for him to keep the past at bay while he tries to move forward. He is no longer the unwanted foster kid. He is a business owner, surrounded by people that love him. But, he isn’t in love. He’s not even sure he believes in it. Not anymore. At least, not until a heartbroken girl falls apart in his arms. It’s enough to make him a believer. Make him a dreamer. Enough to force him to answer that question. Do you give all of yourself to someone who might not choose you in return?

This is a solid Sweet Contemporary Romance. Nothing too detailed or in depth to make it explicit.
I enjoyed the characters immensely. I felt like the Romance was well balanced because of their respective personalities. 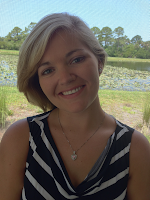 Michelle Lynn is a pretty simple person. A good book and a comfy chair is all she needs to be content. She reads … a lot and is also a big TV and hockey buff. But it is writing that means so much to her. Most of her life has been spent ill and that has not changed. Soon after college she found herself unable to pursue a career with her business degree and on disability. Then she started to write and it changed everything for her.

In the years since, she has published a YA dystopian trilogy, Dawn of Rebellion, as well as three books in her New Beginnings romance series.