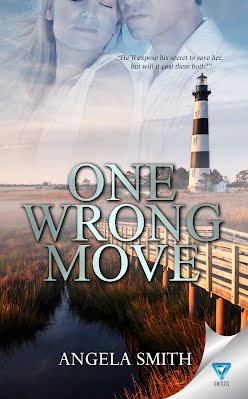 Romance doesn’t fit into Camden Alexander’s hazardous line of work…
A DEA agent, Camden is deep undercover, posing as a chef on a dangerous drug operation. He wants to take down Darrell Weberley, the owner of the Vin Doux restaurant, who is suspected of manufacturing his own brand of designer drugs. The investigation leaves no time for romance, plus he can’t risk exposing his cover. His love ’em and leave ’em philosophy is the only thing that keeps his one night stands out of harm’s way.
Rayma O’Riley isn’t looking for a quick hook-up. She has her own agenda…
Rayma is bored with her position as anchorwoman for News 12. She misses the thrill of investigative reporting. When she receives an anonymous email about a lucrative restaurant manufacturing drugs, she decides to investigate the story in her free time. She quickly finds a source for information in the form of the handsome and flirty chef. She agrees to a date, thinking she can pry insider information out of Camden.
If Camden can’t convince Rayma to drop this investigation, Darrell will have both their heads…
Camden can’t blow his cover, but if Rayma doesn’t stop snooping around, he knows it will lead to trouble. He doesn’t want her getting hurt before he can take Darrell down. He tries to scare some sense into her, but Rayma releases an article about the restaurant’s below-the-law side business anyway.
Darrell Weberley isn’t the kind of man to let something like that go without punishment, and all it’s going to take is…

Dark themes and a lot of suspense, very well executed.

There are plenty of twists along the way that will keep the reader on their toes.

This was a quick read. I flipped through the pages vigorously. 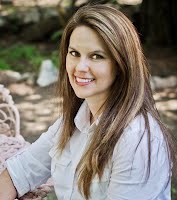 Angela Smith is a Texas native and was dubbed most likely to write a novel during her senior year in high school since she always had her nose stuck in a book. Although high school was decades ago, the dream began when her mom read ‘Brer Rabbit’ to her and her sister so often they could recite it back to each other before ever learning to read. Angela started with writing romantic suspense and is branching into other genres, but she hasn’t been able to write one yet where falling in love doesn’t come into play. She works as a certified paralegal and office manager at her local District Attorney’s office and spends her free time with her husband and the animals on her small farm. Although life in general keeps her very busy, her passion for writing and getting the stories out of her head tends to make her restless if she isn’t following what some people call her destiny.