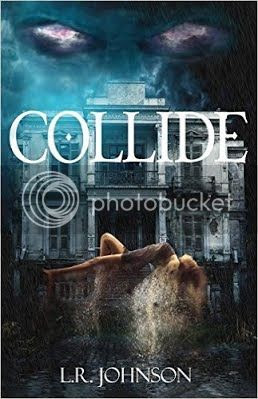 Be careful what you wish for, it just might come true...Lauren's life has been turned upside down by some simple choices that have gone awry.

Since her father’s mysterious death, Lauren Cowley has been stuck in a pitiful rut until she begins having ominous encounters, haunting her every move. While attempting to break free from her wretched life she meets Donovan. He is tall, dark, good-looking, strangely familiar – and yet terrifying. His unexplained ability to stare deep into her soul with emotionless eyes frightens her, yet she has no desire to break free from the gravitating pull he has on her. He unlocks her passion…and suppressed memories forcing her to fight for everything she loves. Lauren now has to face the reality of demons and the tragic consequences they have had on her life.

The room was filled with several insidious beings, a scene Donovan was all too familiar with. This was a part of the work he detested the most. He didn’t want to be here, but this man’s corrupt desires forced his hand. Donovan’s height reached a good foot above the man’s stout body, making Donovan appear even more menacing. A heavy debate had transpired between the man and a friend who had tried to stop the transaction, causing heavy amounts of sweat beads to form around the stout man’s receding hairline – despite the cool air.
Turning towards Donovan the man begged, “Please, you don’t have to do this. I have a family and…”

“You should have thought about them before you decided to ruin their lives.” Donovan’s voice was dark, yet a tinge of regret coated his tongue.

The man’s eyes pierced into a part of Donovan he hadn’t felt for years. How could he justify what he was about to do? Just because he was trapped in this situation didn’t mean he should damn someone else to this life – if it even is a life. What is wrong with wanting something so bad you are willing to sacrifice everything for it?

The man slowly turned towards his dark-haired friend who had tried to stop the exchange, gazing into his eyes sorrowfully. The two men were a yin and yang of each other. Where one was stout and fair with the beginnings of a receding hairline, the other was tall and thin with dark, thick hair and olive complexion. Though the two were opposite in appearance their friendship was intertwined like a thick rope.

The dark-haired man’s eyes narrowed as he pleaded to his friend in a weak whisper, “If this needs to happen, let it happen to me. I have no family, nothing that will be destroyed by the outcome.”
The dank air within the room hung thick and dark like a heavy blanket suffocating the room and making it hard to breathe. Donovan was familiar with what was transpiring. Gripping his fingers into a tight fist he fought back the urge to give in to his now natural instinct. Locking his sights onto the two men in front of him he silently watched their useless debate. There was only one way out of this situation and that was if Donovan would let him go, and that could never happen.

The stout man grabs hold of his friend’s shoulders, uttering firmly, “No, this is my fault and I take responsibility for it, but I need you to do me a favor. I need you to…”

Instantly the door opened, causing the two men to turn towards the intruder. “Father, what are you doing?”

A blithe voice rang in Donovan’s ears as he turned abruptly towards the intruder. The girl’s eyes locked onto his and for a brief moment he was reminded of who and what he used to be – a good man. Though his past was now just a grain of virgin sand in a murky moat, for a brief moment
Donovan was able to see the grain and grab onto it.

Donovan watched her eyes transform from a bright joyful appearance to one of fear and disgust. Her smile dropped, ripping out her heart on its way down. Donovan’s eyes remained locked onto hers like two magnets colliding, mentally grabbing hold of her with fervor and strength – refusing to let go. Her eyes too were locked onto Donovan’s, though hers told a very different story. One of betrayal, rage and despair, something he couldn’t look upon anymore.

“Please leave, sweetheart. I need you to go – now,” the stout man uttered to his daughter. His voice echoed loudly with guilty pain.

A growling voice instantly cut into the small yet crowded room, making everyone freeze with fear. A man stepped out of a dark corner from the far side of the room. He seemed to materialize from the bleak shadows draped mysteriously from the corners of the room, like tattered curtains ready to reveal the main event. “You are pathetic, Donovan. Do I have to do everything myself?”

“Darius, please don’t,” Donovan uttered, trying to stop Darius, but it was too late.

Darius’s black eyes deepened as he tore across the room. A swirling wind ripped through everyone as Donovan rushed over to the girl. His eyes locked onto her now silver-dollar-size blue eyes for the last time. He quickly lifted his hand, wrapped it firmly around her throat and gently squeezed. He watched as the light within her eyes slowly diminished, leaving the room a black plague where there once was light. 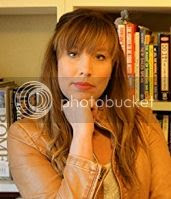 L. R. JOHNSON is the founder and President of The Inspired Writers League - an active community writers group. When L. R. Johnson was a child she would live in a world of her imagination. Her teachers would have to put her in the front row of the class or she would drift off into a story she was creating. Though she studied Psychology in college she never lost her imagination, constantly creating stories in her mind. Bringing to life her characters and writing great love stories filled with adventure, dynamic characters, and brilliant surroundings is something that L.R. Johnson has a natural gift for. She lives in California with her husband and two wonderful children.


Other books by L. R. Johnson:

Needing a fresh start, eighteen year old widow Breanna Hayes flees from America to England to fulfill her husband’s last request and her dream of going to Cambridge University. There she meets Callum. He’s arrogant, brash, affluent, rippling with charisma – and certain to run away when he learns about her tainted past. But as an unexpected bond is formed between them she discovers he has secrets of his own. She must overcome her stubbornness, fears, and open her heart again or risk losing a chance at love and the stable family she has always wanted.

“Stop,” I interrupt, not wanting to hear a frivolous apology, “What I do is no longer your concern.” A heavy sigh rolls off of me, “I come from trash. I have always known it, and now I know you believe it, too.”

Turning my back on him I begin hastily walking away when suddenly I hear him softly utter my name. It rolls along the surface of the mist, slamming against my back, piercing into my core, revealing his internal pain. Ignoring his pleading call I continue to walk away from him, leaving all my hopes and dreams behind. My decision is made. I am leaving as soon as my classes are done.