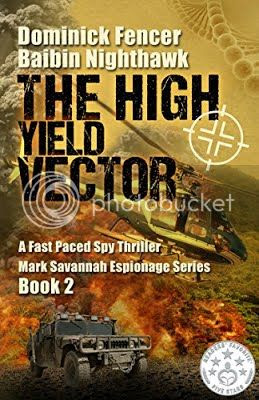 Former British intelligence agent Mark Savannah escapes the international arrest warrant hanging over his head by taking refuge among the Tuareg of Mali. In 2008 the resurgence of fighting in the North of the country causes him to change his plans, forcing him into hiding in the Democratic Republic of Congo, where he works undercover as a doctor at the hospital in Kinshasa. Trying to survive the widespread corruption in the country, Mark becomes a direct witness to the devastating and deadly effects of a transgenic plant project funded by an international consortium that is looking for breakthrough OMG production strains while ruthlessly taking huge risks with the native population’s health. Approached once again by British intelligence to investigate the activities of the consortium, Mark finds himself involved in violent clashes between several countries’ intelligence services as they fight for control over the territory and its markets. Mark once again finds himself facing a deadly confrontation with his mortal enemy and the "sniper" who has never stopped hunting him.

First Book in the Series:

Mark Savannah has already lived two lives and now he is looking for a third, but he is trapped by a past he can’t escape.
Professor Zimmermann of the University of Buenos Aires has warned him: "They have been able to cover up the whole affair and destroy all the evidence".

Mark has discovered an extraordinary secret hidden deep in CIA director Colonel Reed's past and in the neural transplant operations of Biosketch Technologies Inc., a biotech company set up by Reed.
Mark came into contact with Biosketch Technologies Inc. and the diabolical Project “Transtem 1.1″ while studying civilian and military neural transplant patients. As Mark attempts to uncover the truth, he is pursued by Anaïs Degann, a CIA agent with orders to terminate him.
Project “Transtem 1.1″ is just the tip of the iceberg of Reed’s dark plans and, in order to get his life back, Mark has to break the ties connecting Colonel Reed with Colonel Kozlov of the Russian counterintelligence service. Reed’s links to Russian intelligence threaten to compromise international security and Mark must stop him at all costs.

Baibin Nighthawk writes spy fiction, thrillers and science fiction. She is the co-author of the Mark Savannah espionage series and of the Dhungwana Chronicles. She holds a bachelor’s degree in Economics and a Certificate in Art (Martenot Arts Plastiques, Paris).

Dominick Fencer writes spy fiction, thrillers and science fiction. He is the co-author of the Mark Savannah espionage series and of the Dhungwana Chronicles. He holds a bachelor’s degree in Biological Sciences and an MBA.