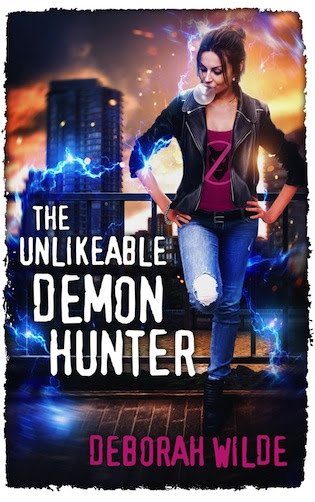 
Bridesmaids meets Buffy with a dash of the seven deadly sins.
The age-old story of what happens when a foul-mouthed, romance impaired heroine with no edit button and a predilection for hot sex is faced with her worst nightmare–a purpose.
Ari Katz is intelligent, driven, and will make an excellent demon hunter once initiated into the Brotherhood of David. However, this book is about his twin Nava: a smart-ass, self-cultivated hot mess, who is thrilled her brother is stuck with all the chosen one crap.
When Nava half-drunkenly interrupts Ari’s induction ceremony, she expects to be chastised. What she doesn’t expect is to take her brother’s place among the–until now–all-male demon hunters. Even worse? Her infuriating leader is former rock star Rohan Mitra.
Too bad Rohan’s exactly what Nava’s always wanted: the perfect bad boy fling with no strings attached, because he may also be the one to bring down her carefully erected emotional shields. That’s as dangerous as all the evil fiends vying for the bragging rights of killing the only female ever chosen for Demon Club.
Odds of survival: eh.
Odds of having a very good time with Rohan before she bites it: much better. 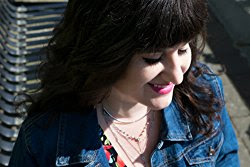 Author Bio:
A global wanderer, hopeless romantic, and total cynic with a broken edit button, Deborah writes adult urban fantasy to satisfy her love of smexy romances and tales of chicks who kick ass. She is all about the happily-ever-after, with a huge dose of hilarity along the way.
“It takes a bad girl to fight evil. Go Wilde.” www.deborahwilde.com