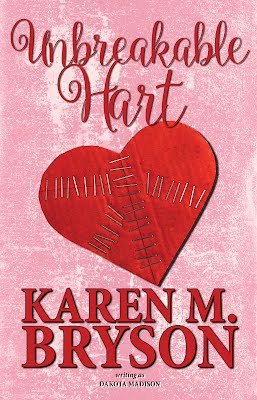 Alexander Hart is leaving his hot young wife for an older woman...if he can score a second chance with his first wife after breaking her heart.
UNBREAKABLE HART is a love in midlife, second chance romance.
Alexander Hart’s gorgeous young wife, Stephanie, loves his platinum credit cards more than she loves Alex. She loves his credit cards so much she's already maxed most of them out.
It doesn't take Alex long to realize he made a big mistake when he dumped Amelia, his wife of twenty years, for a much younger woman.
When he leaves Stephanie after less than a year of marriage, Alex vows to do whatever it takes to win Amelia back.
But earning a second chance with Amelia won’t be that easy.
She’s moved across the country to start a new life, which now includes a relationship with a sexy young athlete.
And there’s Amelia’s utter hatred of Alex, and the fact that she’s vowed never speak to him again.
Even if he was the last man on the planet.
It’s going to take a lot more than Alex’s good looks and irresistible charm to heal Amelia’s broken heart.
Go BACK TO BOOKMAN with Karen M. Bryson's #LoveinMidlife #ComingofMiddleAge romance series.
Each full-length novel in the LOVE IN MIDLIFE romance series can be read as a stand-alone or as part of the series. Each story features one of the graduates of Bookman College attending their 25th reunion.

A little bit sweet and a lot spicy with plenty of emotion and Heart!
I liked the connections between the characters, it made everything feel a lot more real and allowed me to connect to them myself.

Karen M Bryson has really penned a novel that is deep, emotional, and sexy.

Karen M. Bryson ™ writes new adult, love in midlife, and contemporary romance with a little spice and lots of heart. She is a winner of the prestigious RONE Award for Excellence in the Indie and Small Publishing Industry. When she's not at her computer creating spicy stories Karen likes to spend time with her husband and their bloodhounds. Karen is also an award-winning/optioned screenwriter. She writes under the pen names Savannah Young, Sierra Avalon, Ren Monterrey, and USA TODAY BESTSELLING AUTHOR Dakota Madison.

Purchase Links
Amazon
Posted by R.K. Emery at 8:32 AM