Blog Tour: Realms of Edenocht by D.S. Johnson with my #review 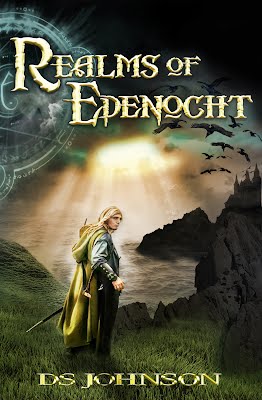 Shazmpt has been prepared his whole life to complete the prophecy; however until recently, he was unaware of his true identity as a powerful war wizard.
Hidden on an island in a time realm not his own, he must now search for ancient relics in order to stop the growing evil in the world. All he wanted was to hunt in his beloved forest, but is thrown into a world of sea serpents, dungeons, enchanted castles, miniature men, and air buffs.
Driven by duty and hindered by self-doubt, he is sent on a quest to unite the magical realms once more. He must learn to harness his good and evil powers, but will he survive the shadow…?

I liked how universal this novel was. It is a great theme and setting and manages to appeal to both adults and young adults.

There were many surprises and the way that D.S. Johnson was able to keep the pacing just right really helps everything flow naturally.

Get ready to be immersed in the world and captivated by the characters she has created. 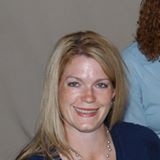 A little about me, first I want to tell you a story, about a young girl who thought she was dumb. Yes, in the first, second, and third grades this little girl, was in the ‘Resource’ program or ‘Chapter 8’ as I have also heard it called. Even though she was then put in the regular class, she knew all too well by then she was not a smart child. All the way through high school this girl struggled. She graduated with a glorious 2.9. Yes, it was heart breaking for those little numbers to reflect the great struggle and all the efforts she had put forth.


She went on to start beauty school, figuring she wasn’t college material. Suddenly, she learned that she wasn’t dumb after all. She was what is called a kinesthetic learner or ‘hands on’ learner. She LOVED it. She went on to do very well, for many years. Until, life got complicated. She had five children, a husband, and a disabled mother who now required constant care. While contemplating how to earn a little bit of extra income, now that doing hair wasn’t an option, a thought came to her, ‘Write a book’ it said.
She replied by looking around and with her finger pointing at herself, she said, “Who me? I graduated high school with a 2.9 remember?”
The little thought came again, “Yes, you. Write a book.”
It so happened, that she had been telling her children nighttime stories for some time, so she did. It took five years to learn from the internet, a few writing classes, some great blogs, a lot of practice, one very good editor and the awesome support of her family. But she did it, and now I bring The Realms of Edenocht Series to you! Yes, that little girl was me, but no longer.