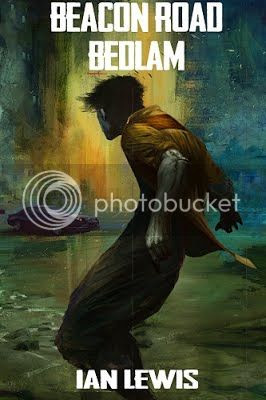 When Sheriff Eustace Hildersham comes into possession of his father's once-lost revolver, he suspects there is more to the story than he remembers. He sets out on a personal investigation only to find himself caught between another family's grudge and a dogged reporter with malicious intent. Hildersham continues to search for the truth, not knowing it will lead to another appearance of the Driver and his phantom Camaro.

The pockmarked road stretched out to meet the gutter-ash gray of the horizon. Bleak and without end, it drew a bead to nowhere, anywhere. Dreary, leafless trees peppered chalky smudges of landscape on either side.

A black car tore down the road at a furious pace. The motor howled a guttural wail; the exhaust snarled in response. With a long hood and wide, fastback body, the Camaro sailed across the asphalt as if slung by a slingshot.

Behind the wheel, the Driver pressed his foot firm against the accelerator, his etched face set in grim persistence. He drove like he was being chased, like if he slowed even for a moment he would be overtaken. Ian Lewis prefers not to be bound by a particular genre. Though the inspiration for his work varies, it often finds roots in something he dreamt. He strives for a gritty realism and maintains an interest in the humanity of his characters. His hope is that readers find themselves haunted by his stories in the sense that the narrative sticks with them long after they've finished reading, leaving them with a subtle restlessness for more. Mr. Lewis is the author of "The Camaro Murders," "Lady in Flames," "Beacon Road Bedlam," "Power in the Hands of One," and "Godspeed, Carry My Bullet." He has been writing since 2002.