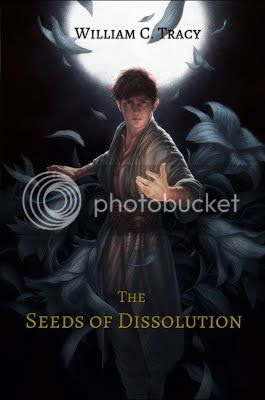 On a bright August day, the sun disappears.

Sam van Oen barely escapes freezing to death in his house, as his watch stops and fire ceases to burn. He is pulled into the Nether—a nexus between ten alien cultures—where he meets Rilan and Origon, two maji who can control the musical foundation of the universe. While coping with anxiety attacks prompted by his new surroundings, Sam must learn to hear and change the Symphony, and thus reality, in order to discover what happened to his home.

But more freezing voids like the one that started his journey are appearing, and Sam’s chances of getting back are fading. The Assembly of Species is threatening to dissolve and the maji are being attacked by those they protect, while rumors grow of an ancient, shape-changing species of assassins, returning to wage war.

The Dissolution is coming.

There are a lot of moving parts to this novel and a good amount of drama and action without being action packed. I liked the way the characters were relatable even though it was set in a different time period.

The Historical aspect is very well done and the imagery and setting is amazing. The Author really brings the world to life through words.

Get ready to be immersed in the world and captivated by the characters he has created. 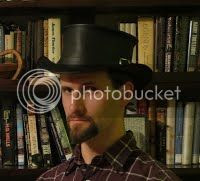 William C. Tracy is a North Carolina native and a lifelong fan of science fiction and fantasy. He has two self-published novellas available: Tuning the Symphony, and Merchants and Maji, both set in his Dissolutionverse. The Kickstarter for the first novel, The Seeds of Dissolution, will run in August/September 2017.

He also has a masters in mechanical engineering, and has both designed and operated heavy construction machinery. He has trained in Wado-Ryu karate since 2003, and runs his own dojo in Raleigh. He is an avid video and board gamer, a reader, and of course, a writer. He and his wife also cosplay, and he has appeared as Tenzin, Jafar, and in several steampunk outfits.

In his spare time, he wrangles three cats and a bald guinea pig, and his wife wrangles him (not an easy task). They both enjoy putting their pets in cute little costumes and making them cosplay for the annual Christmas card.