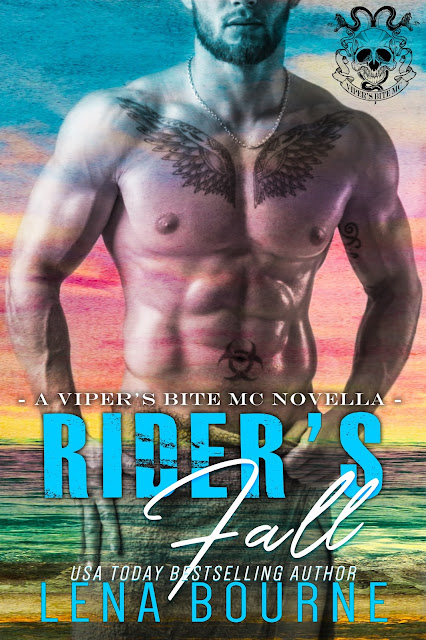 Rider's Fall is a 200 page novella set in the world of the Viper's Bite MC series. It is a standalone story, so it's not necessary to read the other books in the series, although it does contain slight spoilers if read first. No Cliffhanger, HEA Guaranteed! RiderI never had a home, and the one I found with my MC is gone now too. But I will go on, I always have. I'll just ride like I've done since I got my bike. Ride as far as the road takes me. This time, it took me to the jungles of Brazil, and then it stopped dead. But not because it ran out. I stopped for a girl named Chloe, a do-good volunteer at an orphanage who is clearly running from something, but she won't tell me what. She's not letting me get very close to her either, which won't stop me trying. Her curves and her pretty face were enough to halt my ride, but that's not why I'm staying. That's because being with her is being home--the kind of home I never had nor even wanted until she crossed my path. Now she's all I want, and I'm a guy who takes what he wants.ChloeI was forced from my home, my college, and the only life I've ever known by a vindictive ex-boyfriend and a sex tape that went viral. It ruined my reputation, stopped my career before it even began, and nearly ended my life. But I've rebuilt it all working at this orphanage in rural Brazil. The last thing I need is some testosterone filled bad boy messing with my mind and making me do something I'll regret. He may be hot as sin and he definitely wants me, but he'll just have to move on. Even though he also taught me how to let go of my past truly and completely, and given me a taste of the freedom I haven't had since my life went to pieces. Maybe not even before that.But he's not here to stay, he doesn't know how to. And I've worked too hard and for too long to have my heart shattered all over again when he leaves me behind.Rider's Fall is biker romance novel, which contains steamy sex scenes and deals with disturbing themes that may be uncomfortable for some readers. Intended for 18+ audiences. 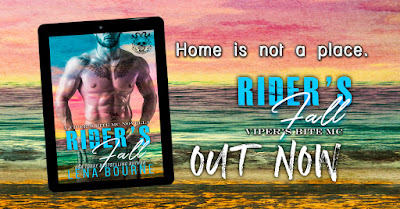 Lena Bourne is a USA Today and Amazon Bestselling contemporary romance author. She writes about alpha bad boys with a sensitive side and the alpha females who prove to be their match. Hot bedroom scenes and fast-paced, action packed plots are Lena’s specialty. She’s still waiting for her own HEA with the right bad boy, but the searching is lots of fun too. Coffee lover, owner of cats.

Sign up for Lena’s Newsletter to receive exclusive sneak peaks at new books, special mailing-list-only offers and other goodies.