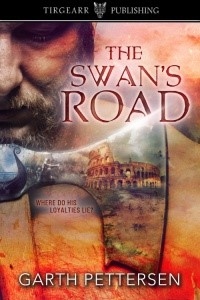 In the eleventh century, Cnute, the Viking king of Engla-lond and Scandinavia, sails with his son, Harald, and his shield brothers to Rome. Thrown off course by a storm, they follow the route up the Rhine. When Harald hangs back to assist Selia, a beautiful Frisian woman, his path turns perilous. Newfound enemies, retainers of Robert the Devil, Duke of Normandy, pursue them. Harald, Selia, and their companions fail to rendezvous with King Cnute, and are forced to travel cross-country on horseback. If Duke Robert's plan to assassinate Cnute succeeds, an invasion of Engla-lond will follow. Can Harald and Selia reach Rome in time to warn the King?


This is a very character driven novel and I love the fact that Garth Pettersen gave us both characters to root for and dislike.

My favorite part of this novel was the fact that along the way you don't know what is going to come next. The novel is not predictable and you feel you could end up anywhere. There were many surprises and the way that the author was able to keep the pacing just right really helps everything flow naturally.

There is a lot going on and be prepared to be caught up in a whirlwind and dive right in. 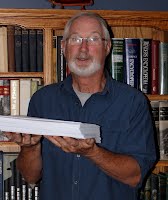 Garth Pettersen is a Canadian writer whose stories have appeared in a number of literary journals and anthologies. His story River's Rising was awarded an Honourable Mention for the Short Story America 2017 Prize, and his fantasy novella River Born was one of two runners-up in the Wundor Editions (UK) Short Fiction Prize. His debut historical novel, The Swan's Road was released in November 2017, published by Tirgearr Publishing.