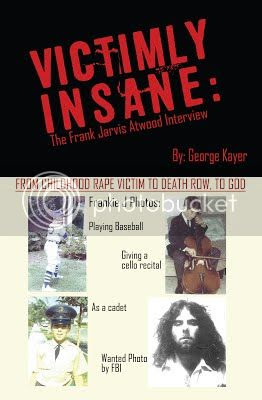 In this book length interview an innocent Frank Atwood reveals from Death Row what the public and jurors have never heard and what the lynch mob media never wanted to print: how this sweet, rosy-cheeked, silver-spooned teen who went by Frankie J. arrived at perversity and at the crossroads of victim and victimizer.

George Kayer was first published at age 14; gave up his God given talent for a life of crime and wound up on Arizona’s Death Row in 1997. The Pen Pal and Author Nancy Miars encouraged George to begin writing again – 20 years later he is America’s most published prisoner and Victimly Insane is his optimum work to date.