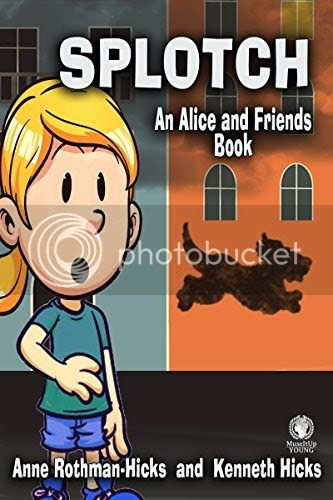 Alice’s parents refuse to let her have a dog, so when Alice sees a paint stain on the sidewalk that looks like a dog, she decides that she will make him a virtual pet. She calls him Splotch and downloads a picture of him to her computer. To her surprise, he escapes from the computer and begins to act as Alice’s self-appointed protector. Unfortunately, he sees most people as potential enemies of Alice, including her teacher and the school principal, and he is not shy about giving those various enemies a bite. When Splotch starts to attack Alice’s best friend, Alice knows there is a big problem. But how will she get Splotch to stop being a guard dog and go back into the computer?

This is just an overall well balanced and fun novel. It's full of light moments and adventure for younger readers. 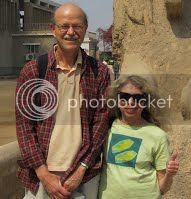 Anne Rothman-Hicks is a graduate of Bryn Mawr College where, in 1969, at a college dance, she met a student from Haverford named Kenneth Hicks. They have been together pretty much ever since, getting married, having children, writing books, making art, and generally conspiring to live lives that are happy, creative, and good.

Anne and Ken’s most recent novels and stories are set in New York City, where they have lived for most of their married lives.

Their middle reader series, Alice and Friends, features Alice, a 10-year-old girl with a vivid imagination that gets her into and out of trouble. The titles are, STONE FACES, BROWNSTONE FACES, and SPLOTCH.

In Ken and Anne’s tween book, THINGS ARE NOT WHAT THEY SEEM, Jennifer and James find a pigeon in Central Park whose foot was caught in a bit of string attached to a fence. Only this pigeon was actually a man before he was turned into a pigeon over a hundred years earlier. Now he needs some help to be turned back into a man before a certain hawk captures and eats him instead.

A sequel, REMEMBERING THOMAS, has been published by MuseItUp Publishing in March of 2018.