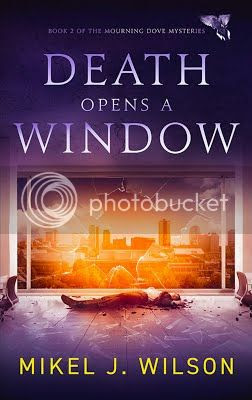 Emory Rome is back in DEATH OPENS A WINDOW, Book 2 of the Mourning Dove Mysteries and the follow-up to the national bestseller MURDER ON THE LAKE OF FIRE.

As he struggles with the consequences of his last case, Emory must unravel the inexplicable death of a federal employee in a Knoxville high-rise. But while the reticent investigator is mired in a deep pool of suspects - from an old mountain witch to the powerful Tennessee Valley Authority - he misses a greater danger creeping from the shadows. The man in the ski mask returns to reveal himself, and the shocking crime of someone close is unearthed.

AT THIRTY-TWO STORIES, the Godfrey Tower jutted from the Knoxville skyline like a shark fin in the Tennessee River. Unseen through the frameless exterior walls of silvery, reflective glass, a young woman on the twenty-ninth floor sat with a phone held to her ear, pretending to be on a business call as she stared out the floor-to-ceiling window behind her desk. While her colleagues busied themselves on phones or computers at the dozens of cubicles throughout the large, open office space, Angie was not contributing to the organization’s productivity.

If she had looked down and across the street, the attractive brunette would’ve seen the unremarkable roof of the area’s next-tallest building fourteen floors below her. Instead she focused on the unobstructed view of downtown and the hazy, snow-peaked mountains beyond. She imagined herself hiking below the snowline with her new lumbersexual boyfriend and lying with him on a blanket before a tantric campfire. Angie could almost hear the crackling wood, until she realized the sound was coming from behind her.

She turned her chair around to see her boss tapping her desk with his pen. The hoary goat of a man stared her down, his pinched eyes straining to scold her through spotted glasses. “You’re having a rather one-sided conversation.”

Angie held up a silencing finger to her boss and made up something to say to her imaginary caller. “Thank you so much for your feedback, Mr. Watkins. We always appreciate hearing about good customer service, and I’ll be sure to pass along your kudos. Okay. Take care now.” She hung up the phone and greeted her boss with a smile. “I’m sorry, but I didn’t hear what you said.” She mimed a talking mouth with her hand. “He was talking my ear off.”

Mr. Ramsey, however, did not return her smile. In fact, a look of horror sprinted across his face as something behind her snatched his attention. Before Angie could turn around to see what it was, she heard a great shattering, followed by the pelting of glass on her back and right cheek.

A dark-haired man in a brown suit flew through the window headfirst and thudded face-up onto the floor beside her. The impact against the man’s back shoved the air from his lungs. He gurgled as he struggled to regain his breath – although no one could hear it over the screams of Angie and several of her co-workers. Shards of glass protruded from his head and neck, one at the base of an erratic fountain of blood that sprang from his carotid artery.

Angie, now shocked into silence, tore her eyes from the dying man and toward the broken window through which she had daydreamed just a moment earlier. Oblivious to the blood trickling from the small cuts on her own face, she took a step toward the large hole the man’s body had punched into the glass wall. She poked her head outside and looked all around.

Her boss grabbed her and pulled her away from the precarious opening. “Angie, what are you doing? It’s not safe!”

The young woman turned a confused face to him. “Where did he come from?” 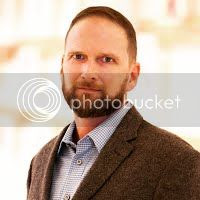 Bestselling mystery and science fiction author Mikel J. Wilson draws on his Southern roots for the Mourning Dove Mysteries, a series of novels featuring bizarre murders in the Smoky Mountains region of Tennessee. Building on the success of the first book in the series, Wilson continues his “no guns or knives” philosophy for murder as he delves deeper into the lives of the characters and their evolving dynamics.