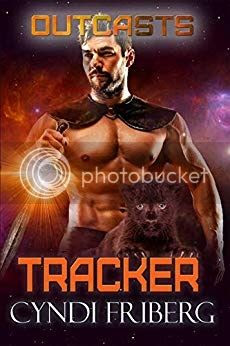 Xorran, a famed tracker, is sent to find two human females kidnapped by the Outcasts' enemy. His search seems futile until he encounters Sara and a feisty battle cat cub. He's fascinated by the tiny animal, but feels an immediate and powerful connection with the wisecracking human.

Sara is still angry about being brought to the Outcasts' planet without her permission, yet her stubbornness is no match for "the pull". As they work together to rescue her friend, their passion flares ever hotter. Can Xorran prove to Sara that he wants more than a torrid affair? Now that he's found a potential mate, he will settle for nothing less than forever.

Other Books in the Outcasts Series: 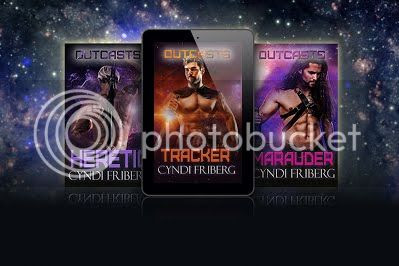 Restless and embittered by an abusive past, Arton the Heretic finds himself in a battle of wills with Lily, a gorgeous geneticist. She holds the key to the future of his people, but she was brought to this savage world against her will and that’s an insult she’ll not soon forget. Their attraction is instantaneous and intense, yet each has valid reasons for mistrusting the other. He wants her, is consumed with the need to claim her, but he can’t focus on the future until he deals with the past.

Rex Dravon, a notorious smuggler, is one of the Outcasts’ most important allies. Many of the Outcasts’ philosophies and approaches to life in general appeal to him, but he’s hesitant to commit to any cause. Hoping to entice Rex into committing, Arton the Heretic, tells Rex that he is genetically compatible with one of the “captive brides”, a feisty blonde named Thea Cline.

Thea is still enraged that she was dragged from Earth without her permission, and she’s recovering from a horrendous tragedy. She sneaks aboard the Marauder hoping to steal a weapon. Instead she’s confronted by the ship’s handsome commander. She knows to be wary of Rex because of his reputation, but she’s instantly, and powerfully, drawn to him. His offer to help her escape comes a little too quickly and she fears he has ulterior motives. Is he simply hoping to lure her into his bed—a fate she’s not sure she’d mind—or is his motivation more nefarious? 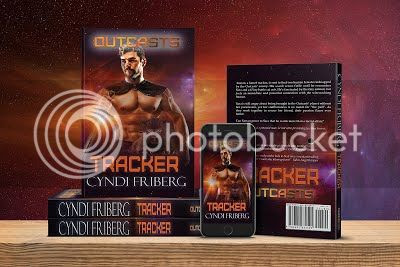 Slowly, he lowered his face, gaze boring into hers. Time paused, trapping her in the moment and narrowing reality to Xorran and her. His warm breath stirred against her lips, his scent slowly filling her nose. He was strong and handsome, smart and kind. And he offered security and a sense of belonging that she’d longed for all her life. Why was she so afraid of making the promise reality?

His lips pressed against her and she closed her eyes, blocking out thought and insecurity. He’d lit a fire in her body and now he was going to fan the flames until there was nothing left but ash. She only hoped that she would survive the inferno.

He pushed his arm back beneath her neck as his mouth caressed hers. As before, the kiss was slow and coaxing rather than harsh and demanding. He could be aggressive. No one rose through the ranks of any military without being ruthless, even lethal. But with her, he was gentle, patient.

Tired of denying her body what it needed so badly, she parted her lips and raised her hand to his face. Bristle roughened his jawline, but higher, along the crest of his cheekbone, his skin was warm and soft. She explored his shapes and textures while he traced her lips with the tip of his tongue. All the while their breaths mingled and mixed, making her head spin and her nipples tingle. Her heartbeat accelerated, amplifying the throb between her legs. She needed him there, filling the emptiness, stretching her core until she screamed with pleasure.

As if sensing her thoughts, his tongue pushed into her mouth, sliding along hers until his taste exploded along her taste buds, sending a fresh rush of desire all through her body. She groaned, hips canting, legs thrashing restlessly.

He slid his thumb along the collar of her uniform top, triggering the seam release. Cool air wafted across her breasts as he parted the sides, baring her to the waist. His hand soon followed, cupping, gently squeezing, and then teasing the nipples with the pad of his thumb or a careful pinch. She groaned into his mouth as darts of sensation zinged from the tips of her breasts to her clit. Desire rose, burning brighter as his skillful touch awakened her senses.

Eager to feel more of him, she drew his shirt from inside his pants. He wore the clingy pullover style many of the men favored. The fabric came free and quickly bunched below his arms. She tore her mouth away from his long enough to whisper, “Off.” She tugged on the shirt, illustrating what she wanted. He tore the garment off, obliging her with nearly violent haste, then his mouth recaptured hers.

She stroked his chest and shoulders, lingering over his arms, fascinated by the bunch and flex of his impressive muscles. All the Outcasts were lean and fit. Some were even more handsome than Xorran. But he was hers, hers to touch and taste, talk to and depend on. If she allowed his claim, they would share thoughts and emotions. There would be no lies, no pretense or deception. But she had to be willing to give him the same access to her mind. She had to be brave enough to believe his promises, and risk her heart.

Something deep inside her shifted, she softened, opened, and not just physically. She wanted to make love to him desperately, but she wanted more, she wanted that deeper connection, the absolute intimacy only experienced by bonded mates.

She returned his kiss with greater fervor, arching into his touch. “Oh Xorran, I want—” 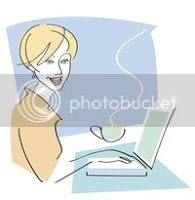 Passionate Sci-Fi with a touch of danger and a whole lot of sass. Cyndi has written about rock stars, vampires, and cat shifters, but she's currently focused on outer space. Her stories are fun, fast-paced, and seriously hot. She has made the USA Today Top 100, and every book in the Battle Born series landed on Amazon's Top 100. She is currently working on Outcasts, a spin-off series set in the Battle Born universe.