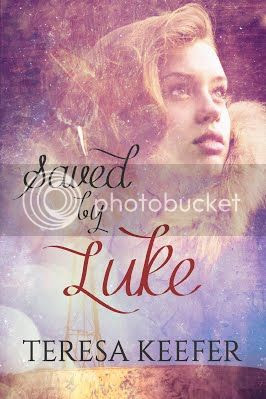 When Hannah Daley left her family’s ranch, she had dreams of happily ever after with her rodeo star prince. Fast forward ten years and she finds herself trudging along a snowy deserted road trying to make it back home.  Broken, tired and a little embarrassed she had let a spring snow storm get the better of her she was relieved to finally see a pair of headlights approaching her. If only she could convince the driver to give her a ride to the ranch and manage not to get killed by a mass murderer.

Luke Blackstone had been sent on a mission to retrieve the prodigal daughter of Colt and Mary Daley. Her flight had landed in Cheyenne hours previously and there had been no sight of her. All they knew was she had rented a car at the airport with cash.  When he saw the shadowy figure hunkered down in a thin hooded jacket, he figured it would the impertinent and impetuous rancher’s daughter.  Head strong and never thinking about much of anything but herself, she wouldn’t have even considered her parents’ worry knowing she was out in this mess.

Hannah and Luke had always butted heads and tossed barbs at each other. It was no different when she found herself working for her father’s new foreman. He was a pompous jerk and she wasn’t about to let him chase her off now that she was back home.  Besides, she had nowhere else that was safe for her to go until her divorce was final and she was free from the prince turned pig.

Luke knew that Hannah had a propensity for getting herself in trouble and he was going to do everything he could to keep her safe. Even though he’d like to turn her over his knee and give her the spanking of a lifetime to teach her a lesson. But he was a gentleman, and for some reason saving Hannah was something he didn’t mind doing.


There is a lot that goes into this novel. It is a combination of different genres and different times. A western setting, Romance, Drama, Family, and So much More.

I loved the theme of this novel and the underlying current throughout.

Keefer has a beautiful and smooth writing style that was very easy to follow. It makes for a memorable novel. 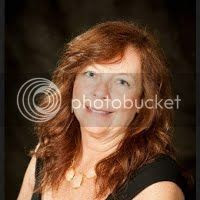 Teresa Keefer is an indie romance author who has been reading since she was 4-years old. Teresa also writes erotica under Autumn Drake and will be releasing her first political thriller in early 2019 under the name of Ann Nevada.

Teresa holds an MBA in Human Resources and has been in the human resource profession for over 25 years. A woman with many interests, she balances out her life by gardening, cooking and studying spiritualism.