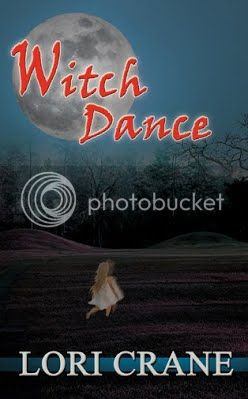 When Thomas and Margaret Speedwell took their twins to Witch Dance for a weekend camping trip, they never imagined they would be pulled into a vortex of witchcraft, tragedy, and karma. One of the girls goes missing; the other won’t say what happened on the other side of the hill.

The tragedy pulls together a cast of characters from Margaret’s childhood and beyond – Choctaw and Chickasaw Indians, Toltec ancestors, the extinct Hopewell tribe.

With the help of a childhood friend, a concerned newspaper reporter, and visions by a strange old woman, a two-thousand-year-old mystery begins to unfold, uncovering missing children throughout generations. Who is taking them? Could it be the infamous witches of Witch Dance?

There were many surprises and the way that Lori Crane was able to keep the pacing just right really helps everything flow naturally.

BESTSELLING AND AWARD-WINNING AUTHOR LORI CRANE IS A WRITER OF HISTORICAL FICTION AND THE OCCASIONAL THRILLER. Her books have climbed to the Kindle Top 100 lists many times, including "Elly Hays" which debuted at #1 in Native American stories. She has also enjoyed a place among her peers in the Top 100 historical fiction authors on Amazon, climbing to #23. She is a professional musician by night - an indie author by day.