Police agent Stefan Lattanzis never expected his planet to become a battlefield, nor Earth for that matter. But when scientists from Paludis share a technological breakthrough with Earth authorities, peace escalates to the brink of war in a hurry. It doesn’t help that the local aliens have a dangerous and mystifying agenda of their own. Meanwhile, a desperate human cult has its own plans to exploit the powerful new technology…

To keep his homeworld alive, Stefan must team with two strangers, a botanist, and a mysterious seer. As embattled factions vie for control of the universe, the trio must trust in each other to keep the new technology from ripping time and space apart. 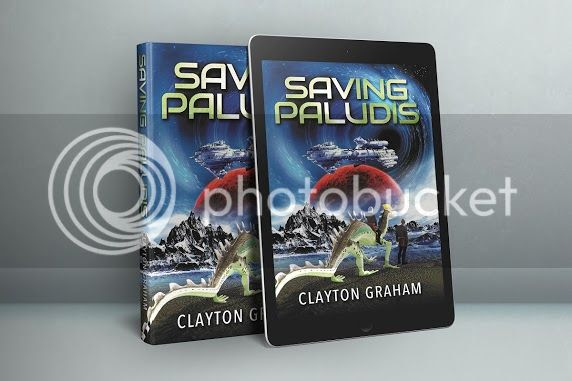 Rain was falling in a steady drizzle as Selma turned into the road that led to her domicile. It was not yet fully dark and the final vestiges of sunlight creeping through a solitary hole in the clouds had turned the aluminium domes of the dwellings to a blood red. The roadway, smooth and black and shiny, snaked like a ribbon through the glistening streetscape and dark, low clouds threatened to crush the buildings beneath their ponderous weight.

Strangely, she’d encountered few individuals as she walked through the streets and, like on the drive south, very little traffic. It was as if a giant hand had been placed over the mouth of Kentucky, stifling its usual raucous behaviour. Selma assumed most people were indoors and she wondered if a storm was approaching.

She stopped outside her home, unable to resist a glance back to that part of the road where she had been abducted by Serpentine. Serpentine! Where was he now? She palmed the switch, pressed the code buttons in the right sequence and her door slid open. Entering, Selma turned on the light and the door closed behind her. The rain suddenly increased in ferocity, and she heard its rattling on the dome of the house. She looked around. Nothing had been disturbed, nobody had gained entry.

She strolled into the lounge and sat down. The videoscreen stared at her blankly. Selma switched it on. There was a message scrolling across the bottom of the monitor. She stared at it in amazement, leaning forward in the chair. Then she shook her head and palmed the screen off, then back on again. The message was still there, scrolling innocuously over a documentary film displaying the attractions of Martian architecture. A change of channels did not remove the words. A cold, dark chill seemed to grip her mind and Selma just sat there, unable to move even a finger. The words clutched at her sanity:

Following a savage attack on Saltzburg, Earth forces are now occupying East Paludis. West Paludis authorities have every reason to suspect an assault on our continent is imminent. Our forces are well prepared and confident of repelling the aggressor. If you are not involved in any military or civil defence body, please stay in your homes …

After several minutes Selma rose, left the screen on, and walked through to the bedroom. She changed into her work uniform and sat on the bed, staring at the red sash of the Natural Order as it lay on the cover. If Kentucky was to be attacked, she would have been better staying with Joby and Marta. Earth forces! It didn’t make sense. Why were they here? Should she go to work? Was nurturing babies not important anymore?

She left the house and went next door. There was nobody in, so she tried further along.

“Please,” she said, as an elderly man answered the door. “What’s going on? What’s this about an invasion?” Raindrops trickled down her face.

The man looked at her quizzically. He was tall and frail with a head full of grey hair, large bags hung under his bloodshot eyes. Selma could not recall seeing him before.

“I’ve been away,” Selma added. “I don’t understand the message on the screen.”

“It’s that fool, James,” the man replied eventually. “Thinks he can take on the entire universe.”

Selma paled. “So it’s true. We’re going to be attacked.”

The man shuffled his feet. “Won’t worry me none,” he said. “I’ve had my share of implants, transplants and injections. I’m about done for this world, anyway.”

Selma backed away, turned and ran back to her home. Something niggled at her mind, something she had to do. A copter swooped low over the rooftops, the sound whining through her head, and she panicked, expecting some kind of attack. Frantically, heart beating madly, she fumbled with the door code and burst into her home. The words were still crossing the screen. She slumped in a chair, pondering what to do. She just couldn’t wait here to die! 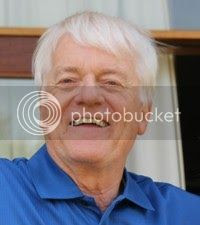 As a youngster growing up in the cobbled streets of Stockport, UK, Clayton Graham read a lot of Science Fiction. He loved the ‘old school’ masters such as HG Wells, Jules Verne, Isaac Asimov and John Wyndham. As he left those formative years behind, he penned short stories when he could find a rare quiet moment amidst life’s usual distractions.

He settled in Victoria, Australia, in 1982. A retired aerospace engineer who worked in structural design and research, Clayton has always had an interest in Science Fiction and where it places humankind within a universe we are only just starting to understand.

Clayton loves animals, including well behaved pets, and all the natural world, and is a member of Australian Geographic.

Combining future science with the paranormal is his passion. ‘Milijun’, his first novel, was published in 2016. Second novel, ‘Saving Paludis’, was published in 2018. They are light years from each other, but share the future adventures of mankind in an expansive universe as a common theme.

In between the two novels Clayton has published ‘Silently in the Night’, a collection of short stories where, among many other adventures, you can sympathize with a doomed husband, connect with an altruistic robot, explore an isolated Scottish isle and touch down on a far-flung asteroid.