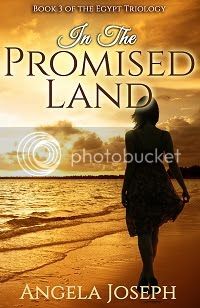 This third book in the Egypt trilogy wraps up the lives of the characters in a neat and satisfying way, according to some readers. Like the rest of the series, the story is set in the beautiful twin- island nation of Trinidad and Tobago. The two main characters, Marva and June, have come out of an abusive childhood (Egypt) and are now adults. Marva is a nun at a home for delinquent girls. Marva is known for being strict and well disciplined, but when her adoptive father is killed in a Muslim coup, the family relies on Marva’s levelheaded calm to help them get through their crisis. But little do they know that Marva has a crisis of her own, one that her discipline and her faith seem inadequate to handle.


This is a third in a series and I have thoroughly enjoyed getting to know each and every one of the characters Angela Joseph brought to the books.

Joseph's novels will have readers captivated by her characters. The characters are real and very well developed, they make it easy for you as the reader to be drawn into. This is not just true for this installment, it's the same for all of her writings.

There was something wonderful about how simple it was. I didn't have to overthink things. There was plenty of comic relief in it to lighten any of the deeper moments.

I'm glad I was lucky enough to spend some time with these characters over the last 3 books.

Angela is the author of the Egypt series, three books written in the women’s fiction genre, and  Women For All Seasons, a Christian non-fiction book. Angela’s work has also appeared in A Cup of Comfort For Mothers and Chicken Soup For the Soul.