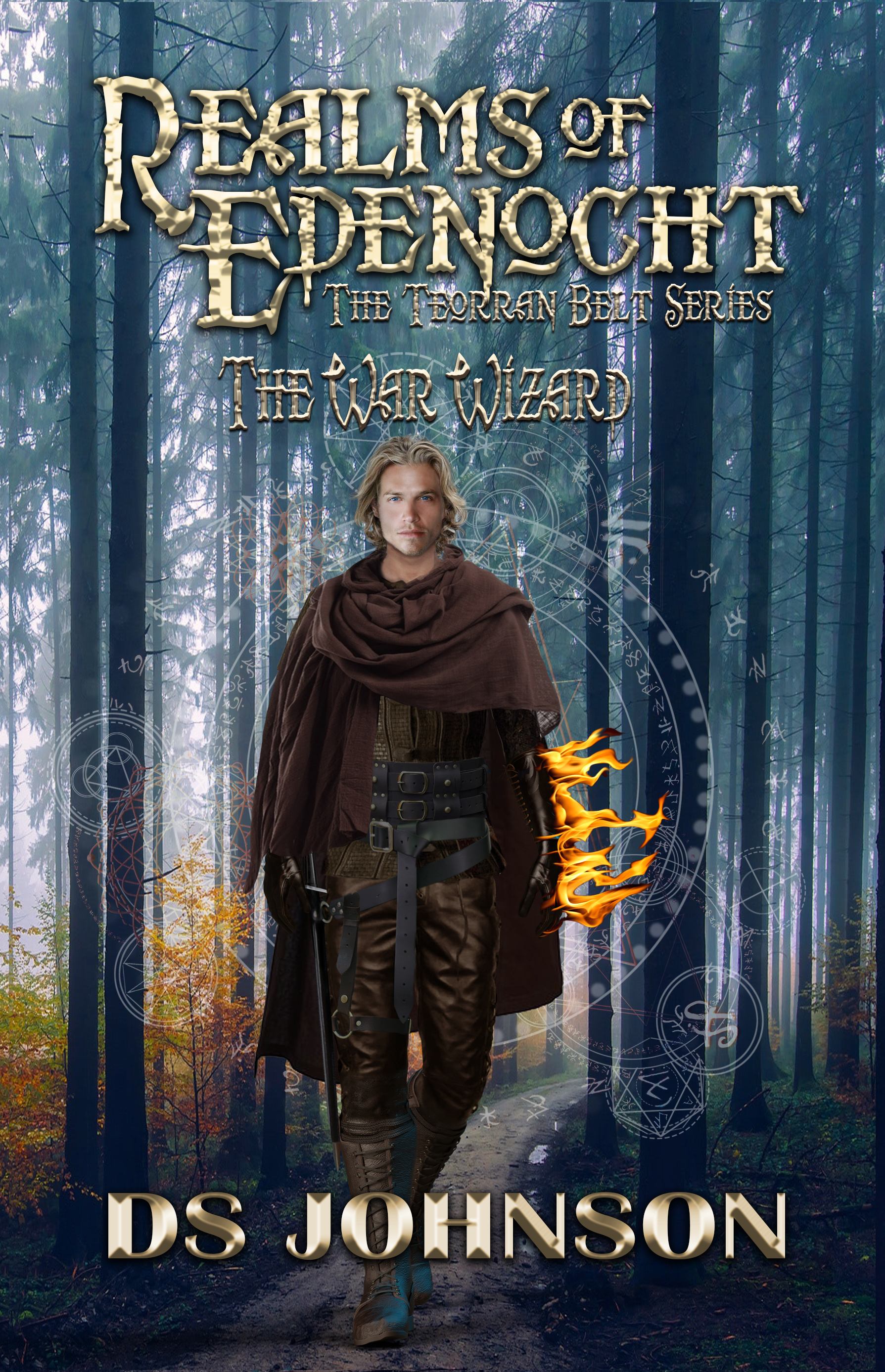 In a time of desperate measures, the Queen of the most powerful city in Edenocht threw the world into a fallen and broken state in an attempt to destroy the most powerful Necromancer the world has ever seen.  The once magically enhanced world is no more and the elemental beings that once inhabited it are gone. The only thing strong enough to bring it back is the ancient artifacts of the Sev-Rin-Ac-Lavah and the only one strong enough to use them is The War Wizard.
Edenochts only hope is a War Wizard, but none have been born in a millennium, until now. Hidden from the Necromancer in a time realm not his own, the future of the world resides in a barely grown man’s destiny. The War Wizards protectors did the best they could to prepare him without the use and teaching of his magic and Shaz must now quickly learn his true potential and battle the evils of the shadow world.
As a being which hold all the elements and the dreaded shadow magic, Shaz must find the descendants of the ancient magical races and the artifacts before the Necromancer does and the world of Edenocht’s future succumbs to the evil Shadow. 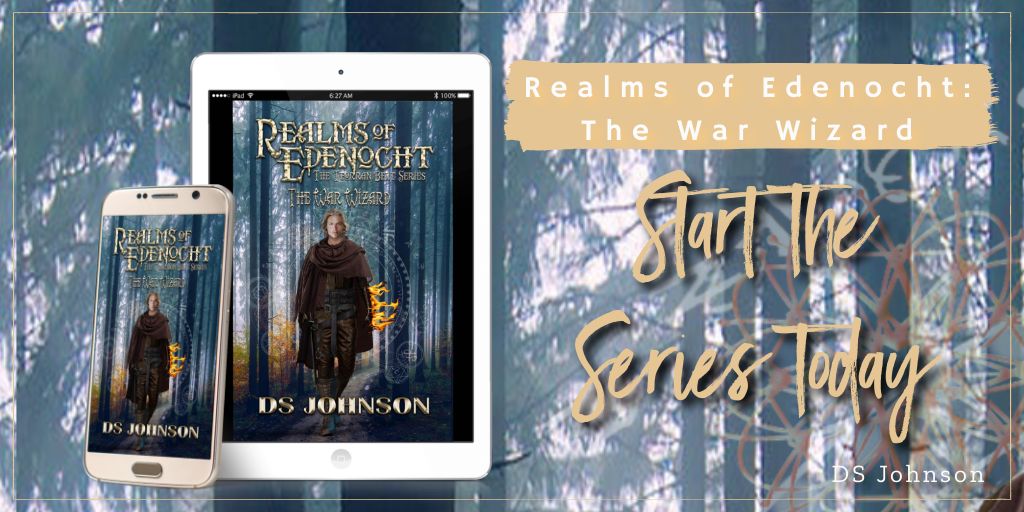 Review
Are you ready to be completely taken away to another world? If so, this is the book for you. DS Johnson does an amazing job of creating a vivid image in the readers head of the scenery and world in general. This in turn helps the characters and the conflict seem even more real as a reader.

I thought this was a great fantasy that really encompasses so many different aspects of the Fantasy genre. There was adventure and mystery laced throughout as well, which I enjoyed.

Writing style was easy to follow along with and helped me keep flipping pages steadily til the end.

DS Johnson is an artist, illustrator, entrepreneur, and author of the Realms of Edenocht series for Young Adults. With over a decade of writing Young Adult novels and graphic design and an avid online role-playing gamer, DS Johnson has years of experience in the art of fantasy make believe and a love for the genre of role playing games and has endeavored to bring to life in action adventure novel form the love of the game. With quotes like ‘WOW, now that was pleasantly unexpected!’ With the natural sense of leveling up your character and developing your skills, DS Johnson has successfully combined the art of fantasy and role playing in a remarkable series for young and old readers. Even if you’re not a role-playing gamer, you will find the books Realms of Edenocht utilizes the traditional, but exciting story telling techniques with skill and flare all readers will love. DS Johnson works from home and enjoys family life and the creative process.
Contact Links
Website
Facebook
Instagram