Though he doesn’t know it, Marcus Talent is special. Unfortunately for Marcus, he discovers this unexpectedly when he wakes up in an unfamiliar forest, has his prosthetic arm eaten by a horrifying monster, and then wakes up in his own bed, terrified and bleeding.

Marcus’s dad, Deacon, has answers. He heals Marcus’s new injuries, promising to answer all of Marcus’s questions about what happened the next day after school. But when Marcus gets home, he finds his dad missing and a ransom note appears out of a screaming hole in the sky. The only demand: travel again to get him back.

Helped by his human friends, Marcus sets out to find his dad in a world filled with creatures he couldn’t have imagined. Some of them are friendly. Some of them want to murder him. Or each other. They’re not picky. And everyone seems to know of his famous father, who has been hiding a lot more than an entire other world. 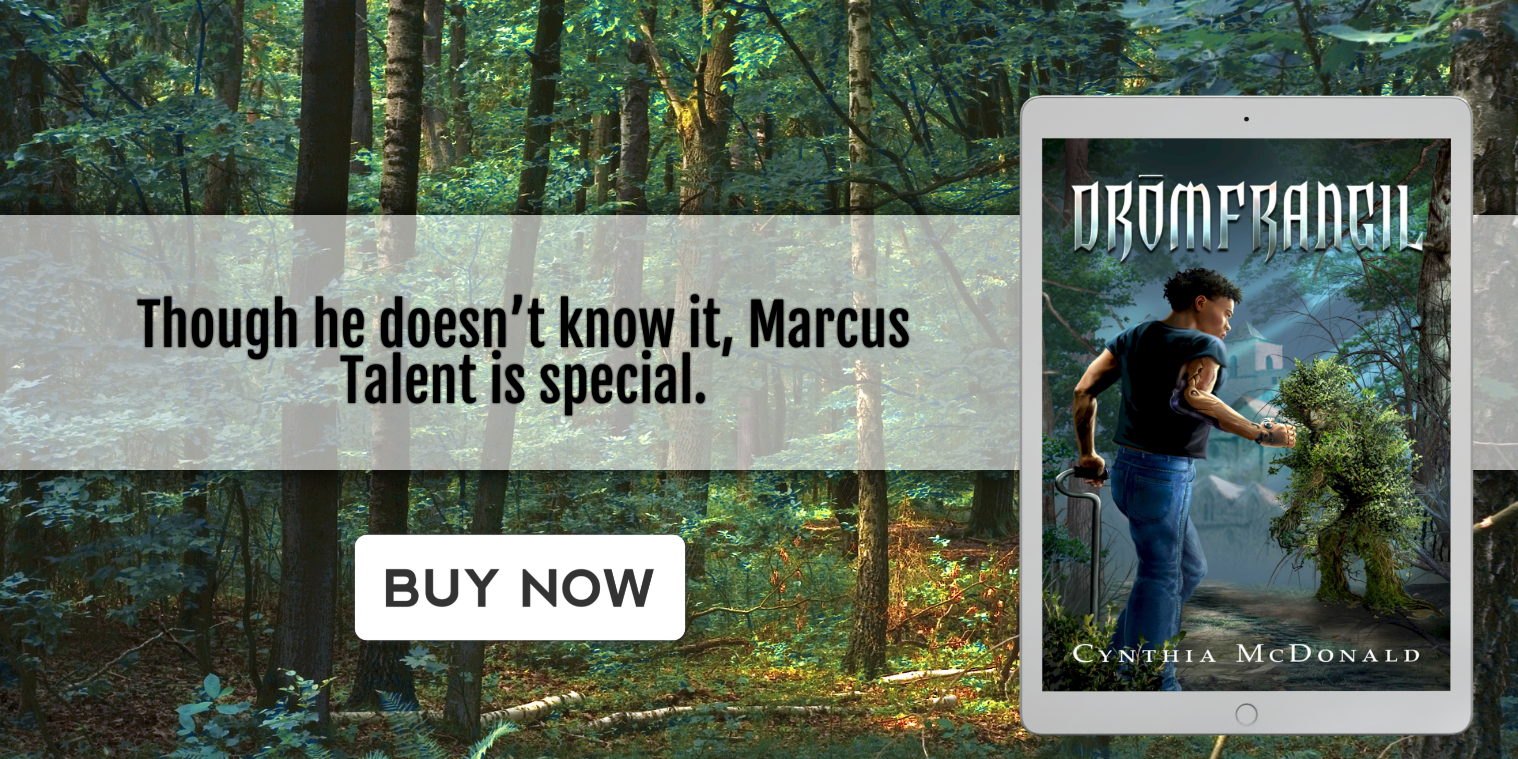 Review
Highly creative and visually evocative with clear reflections of what Marcus is dealing with. Descriptions are rich and highly cinematic.
There was the initial plotline and issues, but there was also plenty of room for a sensitive depiction of relationships and character development.
McDonald has a writing style. A wonderful YA Fantasy read.

Cynthia McDonald is the author of Life is a Terminal Illness and Drōmfrangil (Autumn 2021 from Cinnabar Moth Publishing) as well as a childhood memoir, two American history books, and the “I See Your Hearts” blog.

Cynthia was born in Richmond, Virginia in 1972. She spent her early adulthood raising two sons with her husband and then, after returning to college, enjoyed a fulfilling career as a Respiratory Therapist and a Respiratory Supervisor. This included several years of volunteer work on the Wisconsin state respiratory board, which concluded with a term as the President of the board.

She started writing in her forties, after the diagnosis of a low-grade cancerous brain tumor forced her to stop working outside of her home. Cynthia has also lived with disability throughout her adult life, as advancing degenerative disk disease and multiple surgeries have caused her to live with chronic pain and made it difficult for her to remain involved in activities outside of her home.

She and her husband recently moved to Oregon to be closer to her oldest son and his family, including her beloved grandson, whose toddler years are adding a lot of delight to her life! Her two German Shorthairs are also a big part of her family, as dogs always have been.