A lot has changed in 2642 AD. Chocolate has become extinct, Hyperloops have replaced cars and wearable technology is the norm. But nothing has changed more than humans themselves. People no longer identify themselves as White, Asian, Brown or Black. Because of globalization and war, no one person is ethnically like the other because they are a beautiful mix of every race that existed before them.

This is the world that Cara yearns to escape to. She can no longer be a part of the pureblood, white supremacist cult (led by her imperial grandfather Julius Bull) where she was raised, so she and other young people make a run for it.

Desperate to keep Cara's dissidence quiet for fear of losing face and potentially inciting a power struggle against his own police force, Bull calls in some favors and requests Jimmy Matoo, a Special Investigator from San Francisco, to help him.

For Matoo, the visit to Corinth, Oregon, is eye-opening. He has never seen a white person before, at least not in real life. He quickly discovers that to keep their bloodline pure and grow the populace, the surviving colonies have been intermarrying to keep producing the next generation of survivors. And, that's not all. His investigation reveals dozens of young colony members have gone missing over the years, and some have been found dead on the outskirts of Corinth.

With the clock ticking, Matoo's missing persons investigation soon becomes a fight for survival—turns out the residents don't like a brown fellow in their midst. Can he find Cara, figure out what happened to his brother, and save the leader's family from the cabal terrorizing Corinth before it's too late? Maybe. But first, he must find out who in the colony has the means and connections to smuggle the dissidents out without being detected because it could be the difference between life and death. 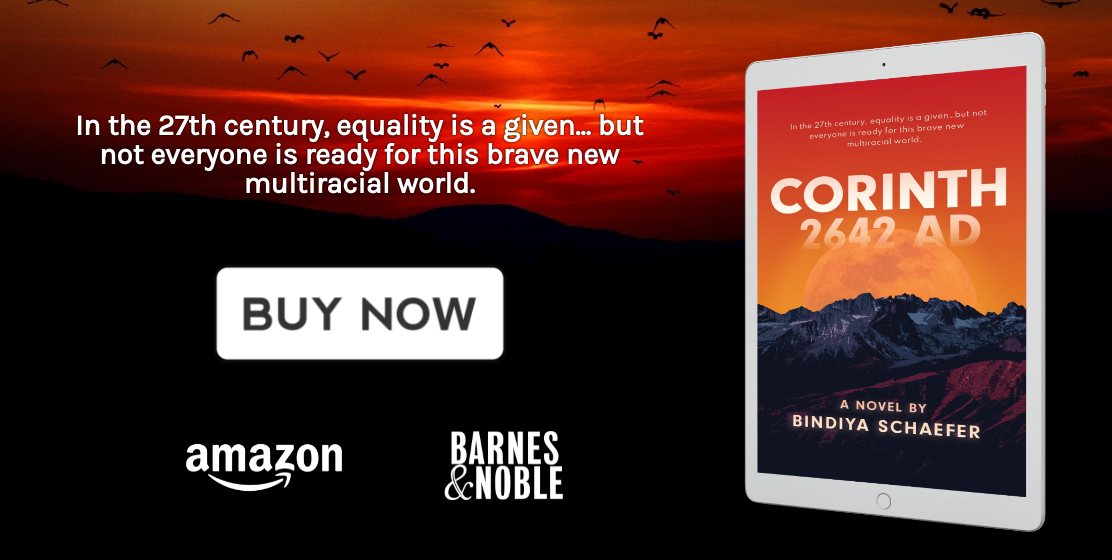 Review
Witty, action-packed, beautiful in its descriptiveness, and compelling.
I was very intrigued by the story, world, action, and how everything came together.
This was a great sci-fi read! Don't miss it!

Bindiya is a former defense and aerospace journalist. Before moving to the San Francisco Bay Area, she lived in Dubai, UAE and Bangalore, India.

When she’s not writing, she’s camping in the California wilderness (where she also writes) with her husband and baby-dog.