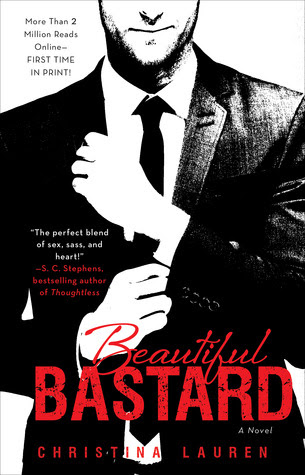 Contemporary Romance/Erotic
Date Published:
'
An ambitious intern.
A perfectionist executive.
And a whole lot of name calling. Whip-smart, hardworking, and on her way to an MBA, Chloe Mills has only one problem: her boss, Bennett Ryan. He's exacting, blunt, inconsiderate—and completely irresistible. A Beautiful Bastard. Bennett has returned to Chicago from France to take a vital role in his family's massive media business. He never expected that the assistant who'd been helping him from abroad was the gorgeous, innocently provocative—completely infuriating—creature he now has to see every day. Despite the rumors, he's never been one for a workplace hookup. But Chloe's so tempting he's willing to bend the rules—or outright smash them—if it means he can have her. All over the office. As their appetites for one another increase to a breaking point, Bennett and Chloe must decide exactly what they're willing to lose in order to win each other. Originally only available online as The Office by tby789—and garnering over two million reads on fan fiction sites—Beautiful Bastard has been extensively updated for re-release.


My Review:
For a book that started out as FanFic, this is an amazing read!

Be prepared for HOT and STEAMY scenes throughout the book. The tension and build up was amazingly executed.

Chloe is an easy character to like. I really felt like I got her. I really liked that while she may have initially been afraid of her boss, she has finally come out and called him on all of the issues she has with him and once she starts, she doesn't stop. Bennett was a little harder to read in the beginning but I really liked the evolution of both him and their relationship. I'm a sucker for the bad guy who redeems himself.

I liked that there was humor laced throughout, it really allowed for some comic relief.

Copy Provided by Gallery Books via NetGalley
Posted by R.K. Emery at 10:01 AM