Algiers, 1845
Arrogant, selfish and dangerous, Lucas Saintclair is everything Harriet Montague dislikes in a man. He is also the best guide in the whole of the Barbary States, the only man who can rescue her archaeologist father from the gang of Tuareg fighters that has kidnapped him. As Harriet embarks on a perilous journey across Algeria with Saintclair and Archibald Drake, her father’s most trusted friend, she discovers a bewitching but brutal land where nothing is what it seems. Who are these men intent on stealing her father’s ransom? What was her father hoping to find in Tuareg queen Tin Hinan’s tomb? Is Lucas Saintclair really as callous as he claims—or is he a man haunted by a past he cannot forgive? Dangerous passions engulf Harriet’s heart in the heat of the Sahara. Secrets of lost treasures, rebel fighters, and a sinister criminal brotherhood threaten her life and the life of the man she loves.
Does forever lie in the lion’s embrace?

One night in the with the Tuaregs, or how to set a story in a place you've never been to. 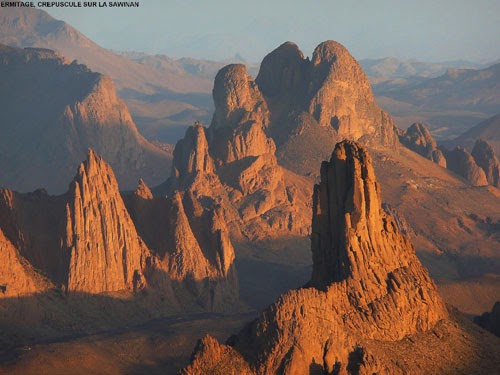 The Lion's Embrace is my second historical romance and is mostly set in , in to be exact, in 1845. Lucas Saintclair is hired as a guide by Harriet Montague to rescue her father, a British Museum archaeologist, who she believes was captured by a gang of Tuaregs in the far South of the country.

Writing ‘The Lion’s Embrace’ was a fascinating process, not only because I got to fall in love with my hero (I know, it sounds corny but it’s true!), but also because I discovered the beautiful landscapes Lucas and Harriet travelled through on their way to Tamanrasset, and the culture of the people they encountered. One particular group of people are at the centre of the plot: the Tuaregs, also called ‘The People of the Veil’ or the ‘Blue Men of the Desert’ because of the indigo veil all men wear from around the age of fifteen and never, ever take out.

Having never been there myself, I had to find a way of getting a real ‘feel’ for the place, its people and its history. I surrounded myself with photos and paintings of the , of oases and ksars (which fortified villages) and the magnificent Hoggar mountain range. There is a wealth of paintings from the early to mid-nineteenth century ‘orientalism’ movement. Among the most famous painters are Eugène Delacroix, Alphonse Etienne Dinet, Eugène Fromentin, to name but a few. They give you a wonderful sense – if a little idealised - of the places and the people.

I also read Tuareg poems, legends and stories, and listened to a lot of music. One song in particular caught my imagination and I played it over and over again as I wrote ‘The Lion’s Embrace’. It’s a modern song and I have no idea what they are singing about, but I find the melody poignant and haunting, especially the monochord violin, the imzad, which can be heard throughout.

The imzad is a traditional Tuareg instrument only played by women. It is at the heart of the Tuareg culture and society because of its link to the Achak, the code of honour every Tuareg must live by. Those who stray from the path and who commit dishonourable acts are said to have lost the ability to ‘hear the imzad’ in their heart and are therefore cast out of their family and their tribe.

Here is the link to the song:
http://www.youtube.com/watch?v=E5z7AcjE-YI

As they travel across the desert, Lucas Saintclair and Harriet Montague spend a few days with a Tuareg caravan. Every evening, they sit under the stars and listen to musicians playing the imzad and to stories and poems. The story-teller pulls out round pebbles out of his ‘bag of tales’, which is a skin pouch. Each pebble represents a different story and he tells the stories in the order the pebbles were withdrawn from the bag. 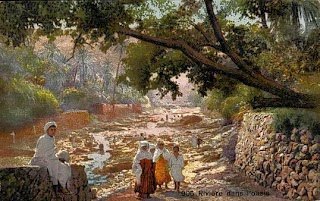 This is an excerpt from ‘The Lion’s Embrace’ when Lucas and Harriet are at the Tuareg camp. The tale is based on a real Tuareg story.

The women played their instruments all along, drawing long, monochord sounds that at times sounded almost like laments and perfectly matched the mood of the audience, silent and attentive under the starry sky.
By the end of the evening, Harriet shivered with cold. Lucas wrapped his arm around her shoulders. He rubbed her arm with the palm of his hand to warm her up.
“The brave is reaching the end of his journey,” he translated, his voice low and a little hoarse. “After wandering in the desert for weeks, he finally finds his beloved’s camp, but it is deserted under the stars. There is only the cruel wind to answer his prayers, the cool moonlight to kiss his lips, and the vast, empty spaces full of solitude to chill his heart. So he lies on the sand and waits to die.” He paused. “And that’s love for you. Brings you nothing but pain.”
Despite the slightly mocking tone of his voice, the words made her dreamy.
“It’s beautiful, and so sad.” She found his hand, squeezed a little. “Love isn’t all pain, you know. It can be the most wonderful feeling in the world.”
She should know.

You can find me at http://marielaval.blogspot.co.uk/