PROMO Blitz: Heavy Hour by @PBrownNovels including an #excerpt and #giveaway 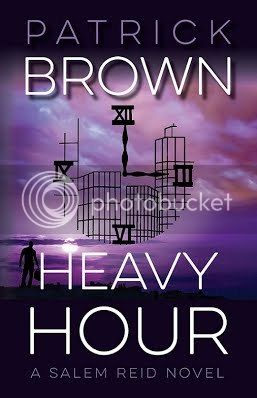 From the author of the suspense thriller, VARIED TRAITS, comes the sequel, HEAVY HOUR!

Four teenagers form a bond during a hot Atlanta summer. Ten years later, a tragic event takes place during a swanky Midtown wedding reception. When the police come up empty in the search for a vicious killer, Salem Reid is summoned to investigate by a stripper whom he has recently saved from a murderous group of thugs. Reid can’t say no to a friend in need, so he puts his business on hold while he plunges into the case.

As Reid looks into the victim’s past, the motivation for the brutal murder and the identity of the predator are slowly revealed. But the killer remains elusive. As the story unfolds, a cast of characters emerges—from a beautiful young widow to a bevy of streetwalkers, from young professionals to a mentally challenged boy—all who assist Salem Reid in his search for the killer.

HEAVY HOUR leads us on a journey into an urban underworld of prostitution, pornography, and sexual deviance that author Patrick Brown describes in graphic detail. Following up from the prequel, VARIED TRAITS, we are rocketed into a world where we might be afraid to venture outside…or stay in, as the case may be.

THE YOUNGER BOY MET THE OLDER BOY in the woods along a gravel road behind Murphy Candler Pool. The former was fourteen, and a year younger than the older boy. The latter had a 1.5L bottle of unopened Cella Lambrusco wine that he had stolen.

The older boy twisted the top off the bottle and took a long pull.

He wiped his mouth with the back of his hand, and he passed the
bottle to the younger boy. He chugged a healthy portion, and wiped
his mouth on his bare upper arm. They rarely wore shirts outside
of school from May to September. It was the best time of year.

“Look, dude, I hear Jimmy’s grandpa keeps cash in a file cabinet in his bedroom. I bet we can get our hands on it,” the older boy said, as he took the bottle back from his friend.

“How much money?” asked the younger boy.

“Don’t know. I say we find out,” the older boy said, and then he took another big pull from the jug of wine.

“Who told you this?” asked the younger boy.

“Jimmy. He’s a dipshit,” the older boy said, and passed the wine to his pal.

The younger boy drank some more wine, shivered slightly, and then took another gulp. “So is Jimmy just gonna let us in the house?” he asked.

“Nah. The little pansy has piano lessons on Wednesdays at two o’clock. His grandpa, Morrie, takes him. His mom will be at work.

I left a window unlocked in the back of his house. We can climb in and check it out. It won’t take long,” he said.

“I could use some cash. I’d hate to have to mow a lawn or something,” the younger boy said, and they both laughed.

The older boy said, “Okay. Let’s meet here about one o’clock tomorrow and plan it out. Johnny Krimmer has a pound of weed he just bought. We can get some primo pot and party the rest of the week.

I bet we can sell some of it too, and maybe break even.”

Johnny Krimmer was an eighteen-year-old high school dropout who dealt drugs all over Chamblee, Sandy Springs, and Dunwoody.

“Johnny freaks me out a bit. Dude has a twitchy eye and a droopy mouth. He sucks his teeth all the time too,” the younger boy said.

“He’s pretty creepy, bro, but he’s got the goods. We can handle him together,” said the older boy.

Johnny Krimmer was rumored to be short tempered and mean spirited. He was sometimes quick to use his fists when things didn’t exactly go his way.

“That’s for sure,” said the younger boy, the alcohol giving him courage.

“Okay then. Let’s drink some more wine and head to the pool,” the older boy said. So that’s what they did.

The two friends hid the bottle for later in a ditch by the lake. They threw some leaves and branches over it. It would be easy to locate later that evening when they would be ready to drink some more. They swam and dove off the diving board for the remainder of the afternoon.

During the last adult swim, they struck up a conversation with a couple of fifteen-year-old girls from school. They invited them to join them later in the woods for some wine. The girls seemed interested, but were a little nervous about being caught or getting into trouble. The boys were persuasive, though, and the girls acquiesced. They were both pretty girls. One was tall and leggy, with well-developed hips, but smaller breasts than her friend. The other girl was tanned, medium height, and busty. The two girls, having grown up in the neighborhood together, had been friends since they were toddlers. They did everything together.

When the pool closed for the day, the four teenagers strolled into the woods as dusk was approaching. The tall Georgia Pines filtered the setting sun that was glimmering off the lake as the kids approached the ditch where the wine was hidden. The younger boy pulled the branches and leaves from the ditch, and the older boy reached down and plucked the bottle from its hiding place. There was a little over half a bottle remaining. The older boy unscrewed the cap and handed the bottle to the tall, leggy girl. She took a swig and scrunched up her face, as the boys laughed good-naturedly. She passed the bottle to her shorter friend, and she took an even bigger pull. The boys both took a couple of big drinks, and then they passed the bottle around until it was empty. They had a good buzz going, and the girls were a little past just buzzed.

The younger boy picked up a flat rock, and skimmed it over the lake’s surface. It skipped six times. The shorter, tanned girl was impressed.

“Here, let me show you how it’s done,” he replied, and took her by the hand and led her closer to the lake. He moved another thirty yards along the shore, deftly isolating the girl and himself from the other two.

He picked up another flat rock and threw it side-armed into the lake. It was a righteous toss. It skimmed eleven times, and reached past the middle of the lake before it faded into the water’s surface.

“Here, you give it a try,” he said to the giggling girl with the large breasts.

She giggled some more and tossed it into the lake with a three-quarter-arm angle. When she threw the stone, she stepped with her right leg as she threw with her right arm. The rock sank immediately.

“You throw like a girl,” the younger boy said.

She gave him a stern look, but then started giggling again. “I am a girl,” she slurred, and fell into him. Her breasts pushed into his chest, and he quickly pulled her close to keep her from falling.

He felt himself stir. “Yes, you are a girl—a very pretty one,” he said, as he moved in for a kiss.

She let him, but soon giggled again. He pulled her back and kissed her harder, this time exploring her mouth with his tongue. She reciprocated. She tasted like wine and the Fritos he had seen her eating at the pool. He pulled her down to the ground and they continued kissing. His erection was straining against his shorts. He moved to touch her boobs, and she allowed him to do so. He played with her breasts through her bathing suit top, and he thought she liked it. He reached behind her quickly and pulled her bathing suit string, and her top fell to her lap.

The younger boy gasped. He had seen breasts before, and even touched a girl’s boobs in the seventh grade, but nothing like these.

She reached up and covered herself with her hands, but she resisted only a little when he gently pushed them away. He bent to kiss one. Her nipple was hard in his mouth. He sucked on it, and she moaned. He tried the other one and found it equally fascinating.

He alternated between kissing her breasts and her lips, and he thought she liked it. Then he got bold. He moved his hand inside her shorts and touched the top of her pubic hair before she pushed his hand away.

The moment was gone. She re-tied her top, and sat facing the lake.

He placed his arm around her and she let him. He had almost gotten to third base with her, and his hard-on was raging. He took a few deep breaths, and contented himself with just sitting there with her.

He was pleased when she placed her head on his shoulder. He would try again on another day.

The pair turned when they heard the crunching of gravel and leaves as the older boy and tall girl approached. The tall girl had a slightly strained look on her face, and the younger boy couldn’t be sure if it was because of the wine or something the older boy had done. The newcomers sat next to their friends and said nothing. The older boy was smirking.

After a few moments the taller girl said, “We should be going home now. I don’t want to get into trouble.”

Her friend said, “Okay.” She turned to the younger boy, and said, “I had fun skipping stones with you.” She blushed, but now it was too dark to notice.

The group walked up the hill to the pool, where they headed north on Candler Lake West. The two boys peeled off on Navajo Trail and the two girls continued down the road towards their homes on Ashwoody Court. Darkness had arrived completely, closing the curtain on the day with finality. 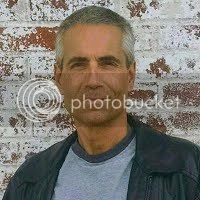 Patrick Brown is the author of Varied Traits. He resides in Northeast Atlanta with his wife and two teenage children. Heavy Hour is the second book in the Salem Reid series. He is currently writing his third novel, Spare Change.