PROMO Blitz: Into the Mist by @judithingram20 including an #excerpt and #giveaway 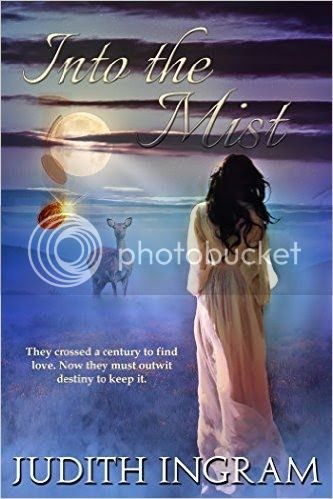 Into the Mist (Moonseed Book 3) brings to a conclusion the story begun in Bridge to the Past (Book 1) and further developed in Borrowed Promises (Book 2). Two young women, each desperate for a different life, suddenly awaken in each other’s bodies. Gentle Victoria has become Katherine Kamarov, a brash young widow living in rural California circa 1890 and accused of murdering her husband. Meanwhile, the sensuous Katherine has come forward in time to assume Victoria’s identity as a beautiful and wealthy heiress in modern-day San Francisco. Told in parallel narratives, the story follows the two women as they grapple with their unexpected lives and discover new and stronger selves emerging. Assuming they have only one year before they are snatched back to their own times, each woman tries to resist investing her heart in her borrowed life but ends up falling hopelessly in love. As the story accelerates toward the magical night of the new spring moon, Victoria and Katherine both question whether they must remain victims of fate or can find some way to keep the lives they have come to cherish.

Ryan Ashton pulled the Jaguar into his reserved parking space and shut off the engine. In the sudden silence he slumped forward and laid his head on the steering wheel. Just for a moment he allowed his mind to drift in an unfocused haze, temporarily cushioning him from the unpleasant task awaiting him.

He faced it every night—that rush of heat and ice in his veins as he rode the elevator to his apartment and unlocked the door, anticipating his first glimpse of her. He longed to see her graceful body sway toward him with that light in her eyes that set his heart hammering. Because he loved her. But he always met her gaze with hard eyes and kept his hands fisted at his sides so he couldn’t pull her into his arms and savor the sweetness of coming home to her. Because he hated her.

Day after day, the memory of her betrayal made him taste the bitterness of his shame. His only defense was to steel his heart against her. He couldn’t help loving her, but she would never make a fool of him again.

Silence met him as he stepped into their foyer, but Ryan knew his wife was home. Intriguing aromas wafted from the kitchen, and the table was set for two. He’d called to let her know he’d be home for dinner, mostly because he couldn’t think of a good enough reason to stay away. He wanted to see her even though he knew he would suffer.

It drove him crazy, this desire to feed his love for her while fanning the flames of his resentment. He watched her when she wasn’t looking, inhaled her scent like oxygen to keep himself alive, but he wouldn’t let himself touch her. He knew if he crossed that line, he’d be helpless to resist her. So he nursed his resentment to keep that boundary firm.

He located Vicki in their bedroom. She lay curled on the bed, asleep in the soft light of the bedside lamp. Ryan stood over her and allowed himself to feel the slow ache of loving her. She looked young and soft, like an angel child, her hand fisted close to her mouth, her blond hair tousled against the pillow.

She stirred and opened her eyes, blinking in the light. Seeing him beside the bed, she looked up quickly into his face before he could tuck away his tenderness. A corresponding warmth flickered in her eyes. Then wariness dropped a veil, and she looked away.

“I must have fallen asleep.” She yawned and stretched herself in a way that was unintentionally sensual. “I just lay down for a minute. I think the pregnancy is making me tired.”

“How did it go at the doctor’s?” Ryan heard husky tenderness in his voice and winced. Careful, Ashton. He turned quickly away and shrugged off his jacket.

“Healthy baby, healthy mama.” The guard was back in her voice. Good.

“When’s dinner ready?” He crossed the room to get away from her, away from the soft glow of lamplight on her hair and the pronounced curve of her breasts under the silk robe she was wearing. A stunning wave of heat and need slammed through him and left his ears ringing.

“It should be ready now.” She slid off the bed and padded into the bathroom.

Ryan blew out a tremulous sigh and flexed his hands. Don’t fall for it, Ashton, he reminded himself. She’s not what she seems.

He’d be a fool to go down that same road twice. 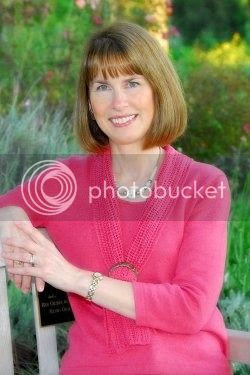 Judith Ingram lives with her husband in the San Francisco East Bay and makes frequent visits to lovely Sonoma County, where most of her fiction characters reside. She in addition to time-travel fiction, she writes inspirational nonfiction. Into the Mist is the third and final book in her award-winning Moonseed trilogy.