Blog Tour: The Mists of Time by @susansquires with my #review #giveaway 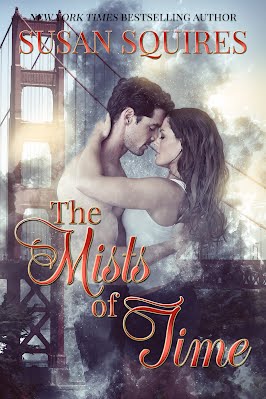 Divided by Centuries
Diana Dearborn knows all about romance, at least in the books she writes. But passion eludes her in real life—until she’s offered the chance to travel back in time to Camelot. The world of King Arthur and Guinevere is nothing like she pictured, and neither is the knight she encounters upon her return to San Francisco: Gawain, the hero of her current project. He’s complicated, mysterious, and sexier than anything her imagination could conjure. And he’s been waiting for her…

Entwined by Desire
Now, joined together in a desperate race, Diana and Gawain must prevent an ancient, evil force from wreaking mayhem in the all-too-real present. Diana must learn to trust Gawain, even while she encounters secrets about her own past. But even if their mission succeeds, does Diana’s destiny lie with this man from another time—and will their love alter history forever?

I am so in love with everything about this novel, I love the world that Ani Gonzalez has created for us.
This one is emotional and action packed. It will tug at your heart strings and bring you hope and you will root for the characters til the very end.

These characters each have their own personalities and depth to them. None of them felt one-dimensional or forced, they all shined through as individuals.
A Wonderful Paranormal Romance that I can't get enough of. 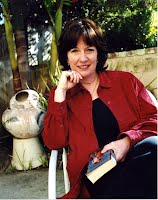 Susan Squires grew up among the giant redwoods of California. She thought she was being practical by changing her major in college from theater to English literature. Immersed in a PhD. Program, she slowly realized that none of her graduating friends had work. So she dropped out after receiving a Master’s degree to take an paying job in the business world.
As an executive in a Fortune 500 company, she returned to her love of writing while continuing to hold her day-job, much to the amusement of her fellow executives. Her novel Danegeld, had already been purchased by Dorchester by the time she accepted a Golden Heart for Best Unpublished Paranormal Manuscript from Romance Writers of America. It was the first of an eclectic group of historical and contemporary paranormal stories known for their intensity. Body Electric was named by Publishers Weekly one of the ten most influential paperbacks of 2002, for blending romance and science-fiction. Book List compared No More Lies to the works of Robin Cook and Michael Crichton, but it was also a Rita finalist for Best Published Paranormal Romance by Romance Writers of America.
Susan’s Companion Series for St. Martin’s Press continued to garner attention with admiring reviews and several visits to the New York Times Bestseller List. Publishers Weekly named One with the Shadows a Best Book of the Year, and several of the series received starred reviews. Her books have won the many regional contests for published works of paranormal romantic fiction.
Susan no longer has to use tales of romance and adventure to escape budgets and projects. She finally left her day job, and researches and writes her books at the beach in Southern California, supported by three Belgian Sheepdogs and a wonderful husband named Harry who writes occult mysteries as H.R. Knight

a Rafflecopter giveaway
Posted by R.K. Emery at 9:01 AM