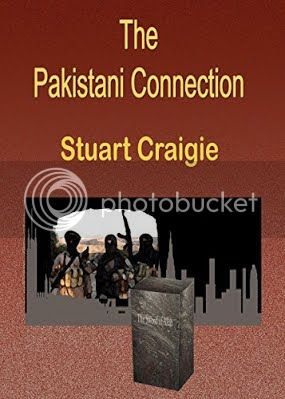 This espionage thriller describes how MI6 was able to place a special non official under-cover agent in the Pakistani Al Qaeda organization, with the aim to finding Osama Bin Laden. His name was Naeem Fiazudin and before being recruited, he was an ex SAS soldier of Pakistani origin with an exceptional fighting record in Afghanistan. He discovered that Al Qaeda was currently being run by a far more powerful man in the background. After the CIA raid in Abbottabad, in which Ben Laden was killed, Al Qaeda and their Taliban allies, decided to use the skills of their new recruit to mount a raid on the Pakistani atomic bomb factory near Islamabad. MI6 came up with an ingenious and supposedly fail safe plan, which allowed the raid to go ahead and expose the danger that both MI6 and the CIA had for years feared, with the aim of forcing the Indian sub-continent to put their nuclear arsenal under international control as a step towards disarmament.

Mike Sander, the new MI6 director had recruited Naeem Fiazudin together another ex SAS soldier, John Sebastian, who was severely injured and took up the position of an Al Jazeera investigative journalist. The two of them were close friends and took part in the Tora Bora raid in Afghanistan at the beginning of the hunt for Bin Laden. The journalist was the convert contact man for Naeem.

The story relates the Odyssey of Naeem Fiazudin, starting with his recruitment in a Mosque in South London leading to him joining the Red Crescent organization in Pakistan and subsequent contact with the Taliban and Al Qaeda in the Swat Valley, where he had to prove himself. He was first asked to organize and mount a raid on the Pul- e-Charkhi prison in Kabul, where a brother of the Afghan Taliban leader Omar was being held and due to be executes. The raid was successful and he got the attention of a man known as the Sheikh in Dubai, who was the de-facto leader of the world wide Al Qaeda network, under the cover of a wealthy and successful businessman in the building industry.

The Sheikh decided that his new recruit should train a team of the best Al Qaeda and Pakistani Taliban fighter and mount a raid on the Pakistani Kahuta bomb making factory and steal four small portable atomic bombs. They would be aided by an inside man, who was an engineer in the end control, who was a devout Muslim and Taliban sympathizer. His job was to build in a GSM triggering device, so the bombs could be detonated anywhere in the world, in particular US and Europe. To this end the Sheikh had an ingenious plan. However, MI6 had also a high ranking Engineer in placed in the PAEC, which oversaw the Kahuta plant. His job was to disarm the bombs and place a small tracing and tracking device in them. Naeem would only be given the go ahead if he successfully accomplished this, just before the bombs were due to be collected.

Something went wrong, and although the Sheikh and the top Al Qaeda leaders, were captured or killed in a meeting in Dubai, the control of the bombs got into the hands of the IS leader. Mike Sanders, together with Naeem Fiazudin and John Sebastian had to stop him using them before it was too late, because one of the bombs had not been neutralized. This bomb was traced to London. 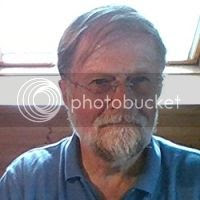 Stuart Craigie was born in 1945 at the end of WWII in the North West Frontier province of war time India (now Pakistan); son of Major Ian Craigie of Scottish and Russian parentage. He is married, has adaughter and has lived and worked in Germany for the past twenty years. He holds dual British and German citizenship.
His early childhood was spent in Kenya East Africa. He finished his academic career studying Physics at University College London. After obtaining a B.Sc first class honors and Ph.D. degree he began research in high energy nuclear particle physics. Over the next fourteen years he published over eighty scientific works in major physics journals and proceedings of international conferences, His publications included two monographs and two books.(Most of his works can be found in the ww web under  “N S Craigie”)

During his research years he visited the Soviet Union and a number of east block countries attending symposiums, giving seminars and collaborating with east block physicists on joint projects. These experiences gave him a vivid impression of life behind the iron curtain during the cold war and brought him indirectly in contact with the KGB and East German Stasi, who were monitoring the scientists he had contact with.

In 1984 he left academia and entered industry as a developer of intelligent sensors for the automation industry. In his first four years he submitted and was granted six patents in the above mentioned field. In 1990 he took up a position as a senior executive of his last employer and became its joint CEO and Managing Director in 1994. One of his important tasks was chairman of the board of the directors of a joint venture company in Shanghai. Over a period ofsixteen years he visited and worked in China on numerous occasions.

As a frequent traveler over the years, visiting almost all continents, numerous countries, including most of the major cities around the world, he often took for leisure an exciting spy thriller novel from one or other of his favorite authors: Forsyth, le Carre, and Higgins. As time went on he had read most of their works as well the works of Follet, Clancy, Forbes and others, so that he found less and less to read. Ten years ago this gave him the motivation to write spy novels himself as part of a wider urge to write about life in general..