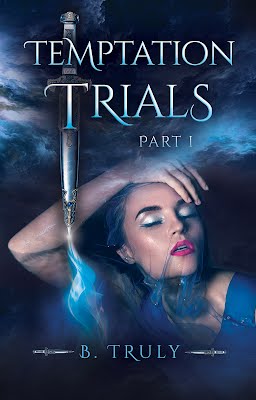 Will You Be Tempted? Will Love Save Your Soul?

One nation under his reign.
Cardinal sins of man caused humanity to pay the price. Cali Nasser grew up in a world succeeding World War III. The aftermath forced the world dictatorship that she must now live in. A new Regime arose from the ashes. They demanded obedience and cooperation from every citizen, even in matters of the heart.
One domain ... One accord … One nation. That is the moral code. In Cali’s eyes, it all revolves around a twisted plot for control.
It used to sicken Cali how people would allow the Regime to test their love through the Temptation Trials. That is, until she met Kincade. Cali’s entire point of view changes when she falls for him. She struggles with herself, debating if she should challenge the government’s law of arranged marriage.
Cali’s childhood friend, Stefani, always kept a positive perspective about their lives until she was threatened with the same dilemma, at odds over the man she loves.
Now Cali and Stefani face a desperate choice—submit to the Regime’s will, or fight for what they value most—love. Although lust, mistaken for love, could lead to damnation. Do they give up on love or sign up for the Temptation Trials, a reality TV show where every temptation is laid before them?
The spirit is willing, but the flesh is weak. Can love save their souls?

Review
The world B. Truly has created was vivid and imaginative, she really succeeds in drawing the reader in from the very start.
There were so many deeper levels to this story. The plot was fast paced and had plenty of twists along the way.
The Dystopian aspect was very well done, I could picture it clearly.  She doesn't rely on her readers simply being familiar with the atmosphere, she makes sure they can picture it for themselves.


This story managed to surprise me several times as well.

This is the first in a series, and I am very intrigued by the story. I am really excited to see where it goes from here.

About the Author
B. Truly has wanted to be an author since she was fifteen years old and is grateful to have accomplished this dream. She has very vivid dreams and a wild imagination. She likes to read, watch tons of TV shows, and movies. She’s addicted to romance and gets a thrill out of action and sci-fi. She writes New Adult and Adult, Romance. Sci-fi, Dystopian, and Paranormal genres.
B. Truly likes to explore different elements of sci-fi romance, and create various realms of reality. She also loves creating impossible situations for her characters to grow from and try to overcome.
B. Truly has three wonderful children and a husband who defines the person that she is today. She works full-time as an Ultrasound technologist in Houston, Texas.