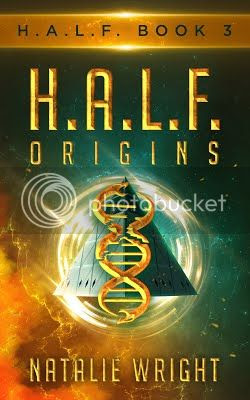 Predator aliens attack Europe. A deadly virus spawns an epidemic. And a clandestine organization conspires to profit from chaos and forge a New World Order.

In this heart-pounding finale of the H.A.L.F. series, Tex, Erika and the rest are in a race against time. In books one and two they fought for their lives. Now they battle to save us all.

Tex and Erika are again fugitives and running for their lives. But when Tex falls gravely ill, a Navajo healer is his only hope for survival. Tex emerges changed in mind and body but with vital information: how to stop the predatory M’Uktah from destroying those he has come to love.

Erika Holt seeks a respite from the threats to her life but hasn't given up. As she and Tex launch a mission to shut down the galactic highway used by the invaders, she grows closer to her troubled human-alien hybrid companion. But what about her on-again, off-again boyfriend Jack?

Jack Wilson, along with his new friend Anna Sturgis, is determined to put an end to the Makers’ schemes for world domination. Complicating matters, the valuable medicine to counter the alien virus has been stolen.

As both alien and human forces line up against them, the destiny of all mankind is hand the hands of these young warriors. And time is running out.

“The latest satisfying addition to the H.A.L.F. series has something for everyone: exciting action scenes; great love stories; fascinating new aliens; and relatable characters fighting to save the world and find their places in it.” ~Alyssa H., Red Adept


This novel had a lot of heart and a lot of action. It is the last in the series and the culmination of everything we've seen thus far.
I found the plot to be riveting with plenty of twists and turns, drama, and much more along the way.

The writing style was fluid and fast paced, which I really enjoyed!

I highly recommend this entire series to any YA Sci-Fi junkies like me! 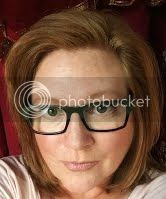 Natalie writes adventurous fantasy and science fiction for teens and adults including her award-winning H.A.L.F. series and The Akasha Chronicles. Her first novel, Emily’s House, has been read over 2 Million times on Wattpad!

When not writing, reading or questing in Skyrim, Natalie meets readers and appears on writer panels at comic cons and book festivals throughout the western U.S. She and her mascot baby alien traveled over 10,000 miles in the past year!