Book Blitz: Save the World Giveaway

How You Can Save the World and Enter to Win a $175 Prize Pack!

“If you like action-packed adventure books that will keep you reading well into the wee hours, I would recommend The Secret of the Lost Pharaoh.”
–Jennly Reads

To celebrate the release of my second action adventure The Secret of the Lost Pharaoh, I’m offering up my largest prize pack to date! But, first let me tell you about the book…
When it came to writing The Secret of the Lost Pharaoh, I wanted to create a story in the same vein as City of Gold, maintaining what reviewers described as “a fast-paced action adventure” that is “akin to an Indiana Jones story set in modern times.” So in this second installment, archaeologist and adventurer Matthew Connor and his two closest friends set off for Egypt to save the world. I even splashed in a bit of the police action my readers know and love.
“Why does the world need saving?” you may ask, possibly skeptical. Well, an old friend and colleague of Matthew’s has discovered ancient hieroglyphics that hint at the whereabouts of an ancient Egyptian tomb and a mysterious treasure that is said to contain the knowledge of the universe. Beyond that, it can grant humans the ability to traverse Heaven and Earth, and it bestows whoever possesses it with great wealth and wisdom. Now, imagine something like that falling into the hands of terrorists or world powers set on domination… Needless to say, it could lead to global annihilation!
My hope is that The Secret of the Lost Pharaoh will provide readers with a thrill ride that digs into the depths of human nature when one is tempted by power. But if you’re looking for a slow build, this isn’t the book for you. Readers are immediately thrown into the heat of Egypt’s Western Desert, where Matthew’s friend Alexandria Leonard is about to make a life-altering discovery.
Here’s a snippet from the prologue of The Secret of the Lost Pharaoh (Matthew Connor Adventure series):

If you can take the heat, grab your hat and sunscreen and strap yourself in for an unforgettable adventure. Order your copy of The Secret of the Lost Pharaoh today.

The winner will save the world by:

The winner will be selected randomly on April 23rd and notified by Hibbert & Stiles Publishing via email by May 1st and contacted for their shipping information.
Share the release and contest with others by supporting Carolyn’s ThunderClap campaign found here.

Follow The Secret of the Lost Pharaoh Facebook event to keep current on the latest news, excerpts, and given more opportunities to win!

About the Matthew Connor Adventure series:

Action-adventure books for the mystery lover. Does treasure hunting excite you? What about the thought of traveling the globe and exploring remote regions to uncover legends that the world has all but forgotten? If so, strap yourself in for an adventure with modern-day archaeologist Matthew Connor and his two closest friends. Indiana Jones meets the twenty-first century.
This is the perfect book series for fans of Indiana Jones, Lara Croft, National Treasure, and The Relic Hunter.

Other Books in the Series:
City of Gold 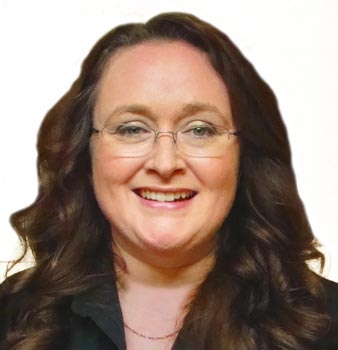 Carolyn Arnold is an international bestselling and award-winning author, as well as a speaker, teacher, and inspirational mentor. She has four continuing fiction series and has written nearly thirty books. Both her female detective and FBI profiler series have been praised by those in law enforcement as being accurate and entertaining, leading her to adopt the trademark, POLICE PROCEDURALS RESPECTED BY LAW ENFORCEMENT™.

And don’t forget to sign up for her newsletter for up-to-date information on release and special offers at CarolynArnold.net/Newsletters.