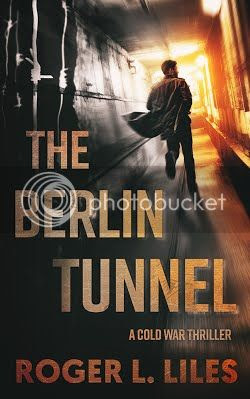 During the Cold War, a tunnel was built by British MI-6 and the CIA to tap into a message cable in East Berlin with the hopes of intercepting and exploiting communications with Russia. The Berlin Tunnel is based on this historic event.

In the height of the Cold War, American Air Force Captain Robert Kerr finds himself in a divided Berlin awash with spies who move freely between the East and West. His task—build a TOP SECRET tunnel under the River Spree into East Berlin—tap into highly classified communications links between civilian and military leaders in Russia and the Warsaw Pact countries.

Love couldn’t have found him at a worse time.

Soon after he arrives, Robert falls for a German girl, Anna Fischer. Nasty East German Secret Police harass them both constantly, intent on determining what Robert and his work crew are doing in Berlin, but it’s Anna who gets caught in the crossfire.

The wall is closed, trapping 19 million East Germans including Anna’s entire family behind the Iron Curtain. As the world holds its collective breath over the Berlin Crisis, Robert and Anna fight for their lives as they attempt to free her family.

"Exceptional!  The settings and descriptions are vivid and real.  The author is a master of making the reader want to know what happens next.”

"This story was captivating.  A good history lesson as well as a good read.  You get out of one tension-filled event only to have another start almost immediately.”

USN Captain Terry Badger, Author of The Saga of HS-8

“The characters, scenes and dialogue were absolutely believable.  I felt like I was reading an autobiography, believed everything the writer said happened and was surprised when I found it was work of fiction. I enjoyed meeting Anna and Robert and loved seeing the East and West through their experiences—1960s Berlin was as much a character as they are.”

“I volunteered to be the Beta Readers of a historical novel; what I got was a page turning mystery, love story and spy thriller. The technical details of the building of the tunnel were easy to understand and the tension of the many problems they encounter was believable.  Pat yourself on the back.  You’ve done a great job.  I expected that I wouldn’t really be into the book, but intrigue grabbed me right after the prologue.” 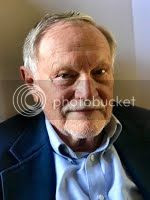 Roger L. Liles is an admitted over educated bibliophile who decided he had to earn a living after BA and graduate studies in Modern European History; he went back to school and eventually earned an MS in Engineering from USC in 1970. In the 1960s, he was stationed in Turkey and German for five years as a US Air Force Signals Intelligence Officer. He issued reports which got President Johnson out of bed at least five times. He eventually lived in Europe for almost 8 years. He worked in the military electronics field for forty years—his main function was to translate engineering jargon into understandable English and communicate it to senior decision makers in the US government. He took novel writing classes at UCLA for three years including the Master Novel Writers Class. Now retired, he spends most of his time writing novels, but also dotes over his collectables. He is a member of the Scribblers of North San Diego Country. This is his first published novel.