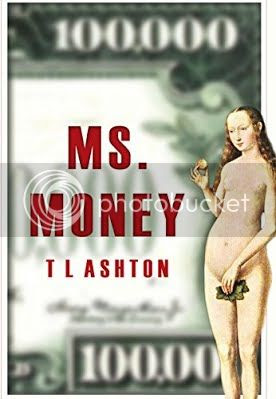 If you’re a serious investor, you’ve seen ‘Ms. Money’ on TV. She’s a regular on Smarter Than The Street, the financial markets broadcast whose Neilsen ratings are off the chart. When she’s not on camera, Margaret M Worth is Chief Investment Strategist for nationwide money manager Traub Securities. Learn how the woman who majored in Holy Orders and planned to work at a mission school in Guatemala became a Wall Street guru.

After making a fortune in merger and acquisitions, losing it on the dot.com blow-up and winning it back with decidedly insider information, she is ultimately victorious in the men-only survival-of-the-fittest world of Wall Street, owing to her mantra--“Sex is the ultimate medium of exchange!” But she becomes disillusioned with the Midas touch, and when a Presidential appointment sends her into the inner sanctum of the monetary blowup at the New York Federal Reserve on Maiden Lane, she gets in touch with the real Maggie, discovering genuine self-worth. Experiencing the Financial Crisis first-hand, she witnesses the titanic conflict between the Kings of the Street and the Feds who want to rule them. Will her new found self-reliance be rewarded?

“Now you’ve seen how I became Ms. Money, a highly paid financial strategist and TV stock market commentator with a bank account to die for. I took off my clothes, so to speak, and bared it all. I have two children who are worth more to me than anything in the world. Even more important you now know that the hero of my story is a woman. She is neither slave girl, nor princess, as central casting would have it. She knows that women can be heroes not heroines. And she knows what she has to do to become one. What I am is a woman who understands the heroism of being a woman. I’m ready now for grueling arduous conflict. But please pay careful attention because my struggle is a woman’s. Fire-breathing dragons have been extinct for centuries.”  ― T.L. Ashton, Ms. Money

TL Ashton wrote investment strategy at Prudential Securities, Salomon Brothers, U.S. Trust, TD Ameritrade, and other Wall Street firms before switching to fiction about what goes on in them when financial crisis strikes. The Madonna Model, by the same author will be published early next year.